From Page To Screen: David Sedaris, Norman Mailer, 'The Beach,' and More 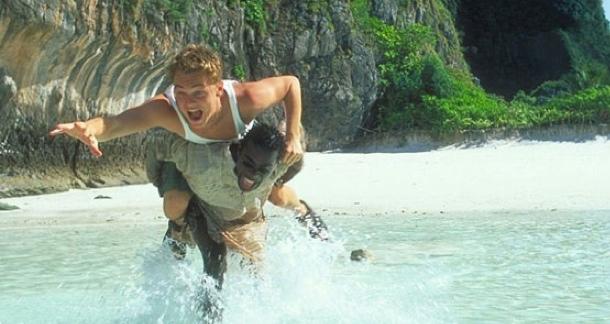 Where does Hollywood get most of its ideas? Books and comics! Here's your kinda-daily roundup of book-related projects headed to a screen near you.

Until now, David Sedaris has been so protective of his work that many thought the closest you'd ever get to seeing it on the big screen would be to hold your iPad too close to your face while you read his books. Fortunately for the humorist's fans, Indiewire says that's about to change. A film based on the essay "C.O.G." ("Child Of God"), from Sedaris' 1997 essay collection Naked, will start production in October and is expected to be released sometime in 2013. It will be directed by Kyle Patrick Alvarez, who bought the rights in 2010 after hand-delivering a copy of his previous film to Sedaris at a book signing. The essay is based on Sedaris' own experiences dealing with the religious right while attempting to sell rocks carved into the shape of Oregon.

Bret Easton Ellis is a sad panda. It's odd, but it seems Ellis was serious about his desire to write the screen adaptation of Fifty Shades Of Grey. After a valiant online campaign, Ellis Tweeted yesterday, "It's a very major disappointment to announce that I've somehow been taken off the list of possible screenwriters for Fifty Shades of Grey." He followed it up with a note to the book's author, saying, "I hope you find someone as passionate as I was..."

HBO is developing an original film about Norman Mailer's relationship with murderer Jack Abbott, who consulted with Mailer for the 1980 Pulitzer Prize-winning book The Executioner's Song. Abbott was released from prison, thanks in part to Mailer, and murdered again shortly after his release. Oops. According to Paste, the movie will be produced by Tina Brown and written by Stephen Schiff. Mailer's sons are also rumored to be involved.

FOX is working on a television series based on The Beach that will draw from both Alex Garland's 1996 novel and Danny Boyle's 2000 film version starring Leonardo DiCaprio. Andrew Miller will write the series, which, he says, features "a group of young people feeling disconnected and disenchanted from society who try to start over in paradise but discover that while creating the perfect world is hard, protecting it is even harder." There will be no Leonardo DiCaprio this time around. It'll be like Lost - smoke monster + Survivor - Jeff Probst + bikinis, drugs, gangrene, and sharks.

Twenty-one-year-old Hunger Games star Jennifer Lawrence was paid $500,000 to play Katniss in the series' first installment, which grossed $683 million. But that's not going to cut it anymore. Can't you see what a BIG STAR she is now? That's why Lawrence is reportedly negotiating a salary of nearly $10 million for the series' next movie, Catching Fire. Her costars Josh Hutcherson and Liam Hemsworth are also renegotiating, but aren't banking nearly as hard. Filming starts next week in Georgia for a November 2013 release date.

Which of these are you looking forward to?