Friday The 13th Screenwriter Signs Multi-Book Deal For YA Series 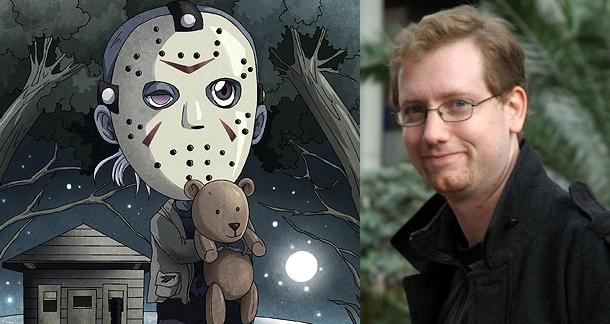 Mark Wheaton, screenwriter of the 2009 reboot of Friday The 13th and The Messengers, has signed a multi-book deal for a young adult series called Finders & Keepers. L.A.-based ZOVA Books will publish the novels, which tell the story of an American teen who hooks up with a group of "teen vagabonds turned artifact hunters" in London. The first book, The Sword Of The Realm, will be out next summer with the second, The Golden Fleet, published in 2014.

YA fiction isn't necessarily wholesome, but many YA publishers are averse to material that they deem too violent or dark for their young audience (follow Kelly Thompson's experiences with this challenge in her "Long & Winding Road" columns here on LitReactor). So a man best known for writing a movie where teens are hacked to bloody pieces in the woods seems an unlikely candidate for the YA world. Even more so when you look at his other work: Sunday Billy Sunday: A Memoir, a novel about a priest who goes to a Texas summer camp to "massacre 99 kids"; Bones, an apocalyptic "tale of madness, mass murder, and mayhem"; and a series of other indie horror books involving people dying in gruesome ways (ants eating everyone!). He has also written for Fangoria. Even his official website features a background image of a battered and bloody woman in a torn nightgown.

As part of the deal, ZOVA will also publish Wheaton's self-published books, including Sunday Billy Sunday and Bones.

It's a canyon of a jump from Friday The 13th to Harry Potter. Anyone read any of his indie horror? Can he make the jump to YA?

But The Hunger Games was cut & dried YA and was full of hallucinogenic drugs, kids killing kids, starvation...granted, it wasn't presented in a truly dark and gritty way, but I think it's weird. As though a violent killing is somehow more acceptable if it is written a certain way?

Mark Wheaton is a great writer. The Messengers was truly amazing. Waiting for his next novel The Golden Fleet.  Affordable Kitchen Cabinets