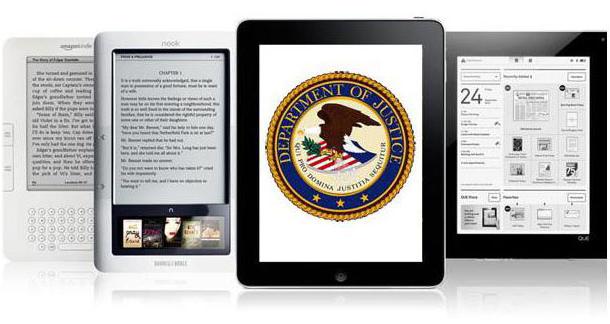 via A Newbie's Guide to Publishing:

Scott Turow, president of the Authors Guild, has responded to the news that the Justice Department is getting ready to sue Apple and five of the Big Six publishing houses, charging that they colluded over eBook pricing (which they did--check out my story on it here).

Turow's letter is interesting. What's more interesting is a dissection of that letter, by self-publishing advocates J.A. Konrath and Barry Eisler. It's long, but it's very much worth a read.

One of the most interesting conceits raised by the letter is Turow's claim that Amazon is attempting to kill bookselling by discounting the price of books. Eisler wonders how selling more books is really killing bookselling. Burn!

On one hand, there's a strong argument to be made that Amazon is killing bookstores. But even then, I don't know that Jeff Bezos has a hit list on his wall so he can better plot the systematic destruction of every physical bookseller in America. His company is just utilizing a better, smarter distribution method. Welcome to capitalism. I'm not thrilled about it--I work out of an indie bookstore--but maybe everyone should stop complaining and start adapting?

What do you think? Are Eisler and Konrath right? Or are they unfairly harping on Turow? Is Amazon evil, or opportunistic? Is there even a difference?!

Here's the thing. And that's just my opinion. There's both good and bad with Amazon. They are definitively not killing litterature. The Kindle store has been a launching pad for terrific writers who were deemed not commercial enough by the Big Six. Vincent Zandri being my favorite example. He found his readership and the strength of his words won. There are many names I can think of. Nik Korpon, Eric Beetner, Matthew McBride, David Cranmer. It's a new day for writers. The game isn't rigged anymore. So this is cool.

But they are indeed choking the market. It's very important not to let them become a monopoly, because a good market thrives on competition. Writers will be at their complete mercy if they continue. Someone has to shift gears at their competitors though. Seems like the Big Six is sleeping on the job as publishing is evolving.

What the traditional publishers call "killing" is really just them getting their asses kicked. And frankly, I don't feel sorry for them.

I spent the past couple years sending a novel to traditional agents / publishers. After a few false starts, they have all passed on it. Frankly, I'm glad. Like my boy Sinbad at 9:40 on this video, I'll give up riches in exchange for freedom any day.

I plan to self-pub this year and can't wait to show the world what I've done. Of course they might think it sucks, LOL, but at least I get a chance to show them. Traditional publishers tried to stand in the way of this goal, Amazon stands ready to assist.

It's that simple, IMHO.

BTW, has anyone else read "A Reader's Manifesto: An Attack on the Growing Pretentiousness in American Literary Prose"? I highlighted that book all over the place and loved it. I recommend!

Dwayne from Cincinnati, Ohio (suburbs) is reading books that rotate to often to keep this updated March 16, 2012 - 10:15pm

Honestly I'm pro Amazon all the way on this. The physical book model through physical book stores put control of 20th century American literature in a few large cities. The rest of the nation, especially rural areas, simply didn't have the market to support it. Amazon, and the net in general, removed the need to live in a large urban area to be part of the target audience. The Kindle kicked that up a notch. On demand printing, and other ereaders made a whole new model working. Not sure it will last, but for now it is causing a lot of change.

Now the old guard seems to want others to care they are being replaced. I'm not saying they are are evil, but they certainly didn't care about my writing or ability to read what I want when they were on top. I'm not exactly sure how what claim they think they have to loyalty. "Hey we were indifferent for years, and when we had the chance in the 1990s to do something about it we let someone else! Now you owe us." I understand they had limits. You have to build bookstores where there are enough people to make a profit. You have to sell to people who buy books, and they were best found at books stores. But running a business that was till now profitable just doesn't give you a right to keep doing it.