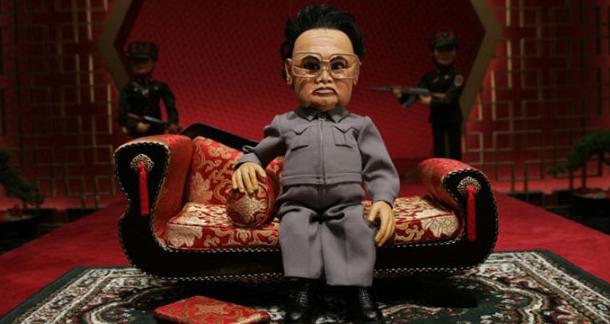 Kim Jong Il, the North Korean dictator you probably know better as a puppet, died on Saturday. Besides being a proponent of Communism who banished short people to uninhabited islands, he also wrote a number of books, including a literary guide, Life and Literature.

Here's an excerpt from Galleycat:

The essence of literature which distinguishes it from other branches of sociology in dealing with the same people consists in showing them clearly, as they are in real life, rather than dealing with people and their social relations in an unrealistic way. Literature must show people as they are. People are always specific in their thinking, feelings, will and actions and they really exist. Literary images of people, therefore, should always be firm and clear just as living people are. If a literary description of a revolutionary were only to show his political conviction and strong will, and not his rich mental world as expressed in the actual context of life, how dull his portrait would be!

Don't lie: If I told you that was written by some famous dead author, you would have believed me.

Head over to this link to download a free eBook edition of the book.

But that's not all. To mark Kim's passing, eBookNewser is offering Theory of Cinematic Art, Kim's manifesto on filmmaking, as their free eBook of the day. You may not know this, but Kim was a huge movie buff. So much so that he kidnapped a director to make Pulgasari, a kaiju film denouncing capitalism. Devin Faraci at Badass Digest has a great piece about this, and Kim's cinematic devotion in general.

Here's the excerpt eBookNewser pulled from the book:

The director is the commander of the creative group. He should have the overall responsibility for artistic creation, production organization and ideological education and guide all the members of the creative team in film-making.

Sounds like an interesting read. You can get your copy at this link.

Joshua Chaplinsky from New York is reading a lot more during the quarantine December 19, 2011 - 4:32pm