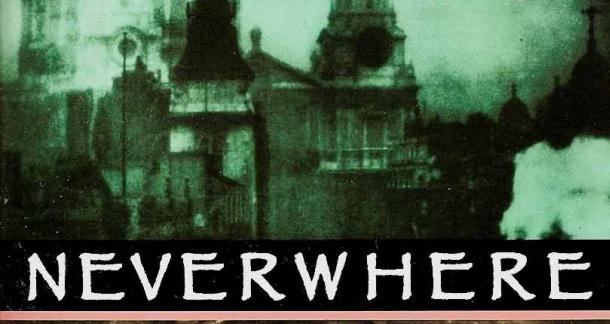 With The Hunger Games film saga coming to an end, director Francis Lawrence must be ravenous for a new project—and he might’ve found it in the television adaptation of Neil Gaiman’s Neverwhere, reports The Nerdist.

Lawrence will take on the role of executive producer for the project, which is based off Gaiman’s book first published in 1996. This is not the first time Neverwhere has been adapted for the small screen, another version having been created for the BBC.

The plotline sounds ripe for an adaptation. Here’s the gist, as found on Amazon:

Richard Mayhew is a young man with a good heart and an ordinary life, which is changed forever when he stops to help a girl he finds bleeding on a London sidewalk. His small act of kindness propels him into a world he never dreamed existed. There are people who fall through the cracks, and Richard has become one of them. And he must learn to survive in this city of shadows and darkness, monsters and saints, murderers and angels, if he is ever to return to the London that he knew.

Neverwhere isn’t Lawrence’s only lit-related project. He’s also working on a television series based on House of Thieves by Charles Belfour, and has been linked to a film adaptation of The Odyssey.

Which of Lawrence’s projects are you most excited to see hit the screen?

I don't mean to be too big a pedant, but Neverwhere was a BBC television mini-series first and the novel was a later adaption from the scripts after the series was green-lit, actually being released in the middle of the original run, after episode 3.