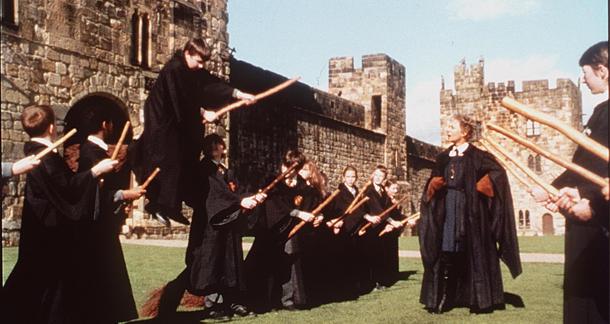 There are a lot of moments in Harry Potter that we’ll always cherish, but amongst them are the riveting scenes featuring the fictional sport of Quidditch. Invented by JK Rowling almost 20 years ago, Quidditch has been a game most muggles only dreamt could be real—and now that dream is a reality, reports The Guardian.

The fictional-turned-real-life sport now has an international governing body and teams in more than 20 different countries. With seven players on either side, five types of balls, and six hoops to score goals through, the game doesn’t end until the seeker catches the golden snitch, which in the nonwizarding world is attached to another player’s shorts.

Jan Mikolajczak, a player from Oxford University, stated that the real life version of Quidditch is surprisingly similar to the kind found in the books. He went on to say, “Other than the fact we’re not flying, it’s full contact and quite rough, just as it was in the books.”

France must now train hard for the Quidditch Global Games, scheduled for next year, with the location to be decided by the international governing body. Will you be watching as the players hop around on their broomsticks?