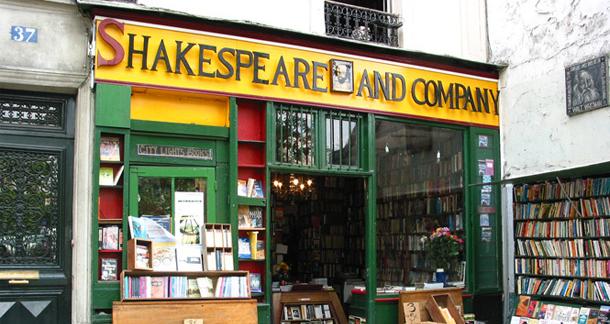 George Whitman, the founder of Shakespeare and Company in Paris, an independent bookstore that doubled as a haven for writers, died Wednesday. He was 98.

Whitman was born on Dec. 12, 1913, in East Orange, NJ. He grew up in Massachusetts, wandered the United States, and after being trained as a Medical Warrant Officer during World War II, settled in Paris under the GI Bill in 1948. Three years later he founded the store.

And according to the Washington Post, it has a pretty unique history:

The original Shakespeare and Company bookstore came from legendary literary matron Sylvia Beach, and the place was a magnet for English-speaking expats like Ernest Hemingway and F. Scott Fitzgerald. She opened that store in the early 1920s in a Left Bank district not far from its current home, on the rue de l’Odeon. The shop gained fame by publishing Irish writer James Joyce’s banned book “Ulysses.”

World War II forced it to close, and Whitman gave Shakespeare and Company a new life in new digs in 1951.

What makes the store even more special is that Whitman would offer room and board to writers traveling through Paris, in exchange for them working in the shop. He was guided by the famous Yeat's verse: “Be not inhospitable to strangers / Lest they be angels in disguise."

And it was considered an honor to give a reading in the store. So it's a good thing, then, that it'll remain open under Whitman’s daughter, Sylvia Whitman.

Earlier this year, this is how she summed up the store, in an interview with the Associated Press: “My father says it’s a Socialist utopia masquerading as a bookstore.”

You can learn more about the bookstore--and funeral arrangements for Mr. Whitman, if you happen to live in Paris--at the store's website.

This is very, very sad news. About a year ago I was in Paris and I had no idea this place existed, but I'm sure I walked within a hundred feet of it a couple of times. Reading about Whitman, I would have liked to have gone. But it's encouraging to know the store won't close.

So, LitReactors, have any of you been there? If you have, head down to the comments and tell us a bit about the store.