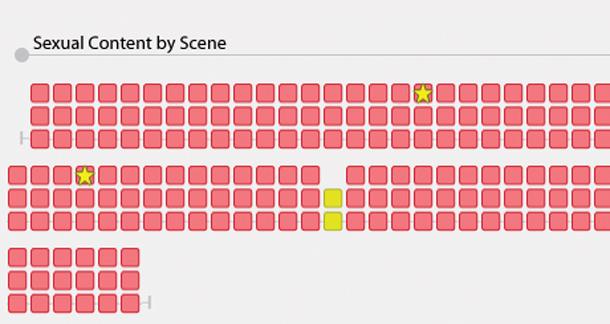 Aaron Stanton, founder of The Book Genome Project, which mines digital books for "language, character, and theme" to fine-tune genre categorization, recently compared the self-publishing community to the "literary equivalent of the Darknet" in an article from Digital Book World. What's a Darknet, you may ask? Stanton himself offers a solid definition:

On the internet, the Darknet is a collection of underground or largely unindexed websites that you have to know exist in order to find. A lot of questionable content has grown around these Darknet communities — if you’re familiar with the Silk Road that was recently taken down by the authorities, you’re at least partly familiar with the Darknet.

Inspired by a recent piece from The Kernel detailing the wealth of books glorifying rape, incest and child abuse available through major online book retailers like Amazon, Stanton analyzed several available titles through his Book Genome technology. His findings were more or less in line with The Kernel's:

The relative ease that independent authors can publish content directly to a digital store has created a tremendous swell in content with no editorial oversight. The vast majority of these titles have almost no reliable meta-data about what’s in them. It is a large, invisible ocean of content that most people are not really aware of.

Stanton estimates roughly 28% of all self-published titles fall into the erotica category, though he warns this number only reflects books analyzed by the Book Genome Project.

Even still, he sheds light on a particularly unsettling trend of incest and bestiality books that enter the marketplace completely unchecked. He examines one particularly "ugghhhhh"-inducing title, Daddy's Invisible Condom, which was singled out in the aforementioned Kernel article. Graphically speaking, the book was literally—and I mean that in the traditional sense of the word—filled with nothing but incestuous sex scenes. As Stanton notes above, books of these nature have to be thoroughly screened, since no meta-data exists.

On the plus side, books such as these don't seem to sell well:

As with any long tail, it’s likely irrelevant how many books on a topic are available compared to how many people are reading them. After all, does it matter that there is really objectionable content in the long tail of the book market if no one ever sees or purchases it? As a percentage of sales volume, they could be virtually invisible.

So what do we make of all this?  We've known for some time that Amazon and marketplaces like it often sell offensive material that slips between the cracks (remember the 'Age of Consent' sex tourism scandal from last year?). As far as Stanton's concerned, this isn't so much a question of content as it is categorization. He wants to ensure titles like Daddy's Invisible Condom—if they must be published—fall under erotica, rather than, say, juvenile or YA. Or are titles like these simply going too far, and should The Book Genome technology be used to keep them off the digital shelves altogether?

Well, I don't think they exactly belong with erotica, either. People who are looking for a sexy read probably don't want to be faced with father-daughter incest or bestiality. There's an assumption with that, I guess, that all erotica is horribly offensive, but there's a big difference between sex and sexual abuse.

I found the article from Digital Book World to be nothing more than a sensationalist manipulation of contrived statistics used at an opportune moment when self-published erotica was being dragged through the mud in the media because some idiot retail website algorithms couldn’t tell the difference between Dinoporn and Dinosaur books for kids.

So, because of a MASSIVE fail on the part of internet retail keyword searches on ebooks, all of a sudden self-published erotica was ERADICATED from retail bookshelves. 50 Shades of Crap was still on the front page of their damn websites, but not anything ‘self-published.’ And this happened at a suspiciously convenient moment, just before the holiday ebook buying craze. Makes one wonder how much market share self-pub erotica lost to the Big 6 erotica that stayed on the shelves.

And, now, we have the keyword specialists running around trying to scam ebook retailers into buying their bigger-better-more software. I think I smell the rotten stench of another Silicon Valley IPO around the corner somewhere….