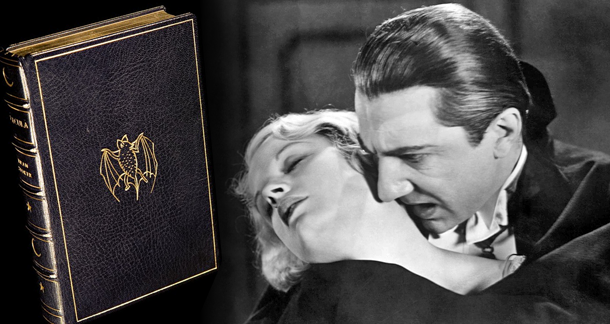 You’ve read Dracula, right? No? Seen the movie? Sure you have, you just aren’t going to necessarily admit it, are you? (Oh, you watched one of the remakes, not the one with Bela Lugosi...) Well, Bram Stoker, the author of the book that started our obsession with dead things that drink blood and turn into bats in the night, wrote Dracula in 1897. But it wasn’t his first stab at what’s termed ‘gothic horror’.

In this, the centenary of Stoker’s death, a new book will be released called The Forgotten Writings of Bram Stoker by John Edgar Browning, based on his years of detective work seeking out stories published in periodicals long since vanished. And the results shed light on how Stoker came to write, revealing the background and style he’d use to tell the famous vampire’s story.

Browning told the Observer he was astonished to find “an entire book’s worth” of material in his research.

These stories offer some of the proto-primordial writings and ideas from [which] Dracula would be fashioned. Much of what we love about Stoker's vampire novel … had to be experimented with first, and in these writings Stoker does just that.

Amongst the stories he found is Old Hoggen: A Mystery - a gothic ‘comedy’, would you believe. It tells the story of Augustus, searching for crabs on the English coast one day when he finds a corpse, the title character Old Hoggen. He relieves the corpse of any valuables, but it starts decaying so rapidly that he’s soon only left with the head.

Other stories include: The Wrongs of Grosvenor Square (a poem exploring the dialects he’d use in Dracula), and When the Sky Rains Gold, about an American frontiersman (who uses a knife much like Jonathan Harker’s).

So, one for the Christmas list, perhaps? Well, you’d think so, but it’s supposed to come out on Christmas Eve. So maybe not.

Very interested, if only to have it as a part of my collection as a piece of horror history. The stories could suck and it wouldn't make it any less cool.

Joshua Chaplinsky from New York is reading a lot more during the quarantine December 17, 2012 - 11:16am