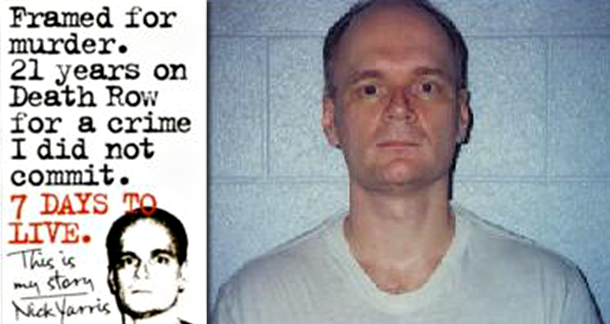 Nick Yarris spent 21 years on death row in Pennsylvania, accused of the rape and murder of a woman in Delaware in 1981. DNA evidence got him acquitted in 2003 and he was released. As a result of his ordeal, he got a book deal with HarperCollins. He was given a £100,000 advance for Seven Days to Live and the book was released in 2008.

This reads like a novel in it’s own right: days before the release of Seven… Yarris was arrested and charged with growing marijuana. HarperCollins stopped production of the book, but some had already been sent to retailers, including Amazon UK, resulting in more than a thousand copies being sold.

Yarris was devastated, particularly when the charges were dropped, but HarperCollins didn’t reinstate his book.

"I lost everything. Every dream was mine but not any more – now I earn less than the national minimum wage. If I get the courts to recognise me, I'll take the effort to re-release the book and go back to public speaking," he said.

So Yarris is now suing HarperCollins to the tune of £7.5 million (about $11 million) he believes he missed out on in sales. HarperCollins released a statement saying: "This case is without foundation and we will be defending it vigorously."

The whole case sounds interesting in itself, and it seems odd that HarperCollins would just drop him like that, but then I guess it had the whiff of scandal about it. Should he have been penalised? Should HarperCollins just let him have the book back? And there’s the issue of that advance...