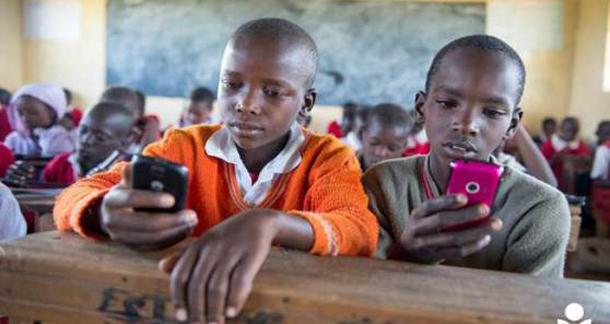 Adding further proof that the Terry Dearys of the world are few and far between, former Amazon executive David Risher and his non-profit organization Worldreader announced the release of an application that will send out free eBooks to people in the developing world, VentureBeat reports.

Risher founded Worldreader in 2009 after visiting an orphanage in Ecuador whose only access to books was a padlocked library with no key. His initial intent was to distribute Kindles and free eBooks to those in need, but now Risher is taking the initiative one step further with Worldreader Mobile. VentureBeat’s Rebecca Grant explains:

Fifty percent of schools in sub-Saharan Africa have few or no books, while the USAID found that nearly ever home in sub-Saharan Africa has access to at least one mobile phone. Worldreader Mobile is designed for low-end feature phones most commonly used by people in Africa and Asia. Users download the free app and have access to a library of 1,200 books, ranging from romance novels to health textbooks... All the data processing happens in the cloud, rather than on the phone, and the data is compressed so people do not rack up high charges while reading.

Risher was ecstatic over the launch of the new app:

Worldreader has this crazy vision that every child on the planet should have access to the books they need to improve their lives. Mobile phones are the way people in the developing world stay connected and learn about the world around them. This is an opportunity to have an enormous impact on education in these parts of the world.

The company partners with big name publishers and small presses alike to provide content. After a couple years of beta testing the app, the free books are reportedly now reaching over 500,000 users a month. Hooray for this guy! We need more Rishers in the world.

Any other high-profile literacy charities out there we should know about?

There have a Say that "One Idea can change your life". Yes the idea of Risher must change the education and learning method of the deprived African Students. We  can read Free eBooks for Kindle in our Kindle fire that they can't as they have no capability to effort one.

Thanks Risher and his organization for his nobel work.