For A Brief, Shining Moment, We Were Getting A 'Blood Meridian' Movie 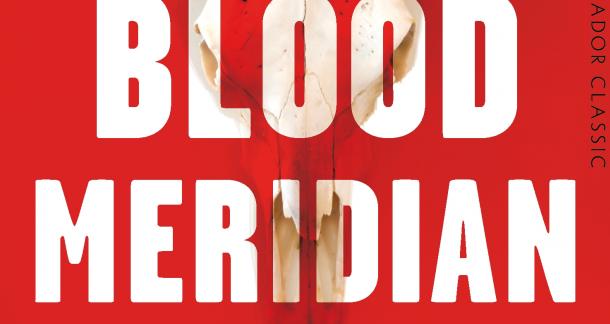 Yesterday, James Franco and Russell Crowe announced they would be working together on a film adaptation of Cormac McCarthy's Blood Meridian.

And then, just hours later, it was announced that the project was halted.

It's yet another bump in the road for the film adaptation that's more fraught with peril than the book it's meant to adapt.

Franco's obsession with McCarthy started years ago, first seeing the big screen with the 2013 Franco-written/directed adaptation of McCarthy's Child of God, which received mostly negative reviews, although many of these reviews would lead one to think that the book and its protagonist present a tale that's readable in print, but unwatchable on screen.

Two years ago, Franco posted about 30 minutes of test footage for Blood Meridian at VICE.

Franco's introduction to the footage:

I made my test for Blood Meridian three or four years ago. It stars Scott Glenn, Luke Perry, Mark Pellegrino (Lost), and my brother, Dave. We shot it in three days in some place near Yosemite that is the mule capital of the world. If you know the book, you’ll recognize that this is the sequence where Tobin recounts how the Glanton gang met the Judge, a Satan-like character and Glanton's right-hand man. The gang was out of gunpowder and about to be caught by Apache warriors, whereupon they would be killed for lack of working weaponry. Enjoy.

Doing the math, this means that Franco has been working pretty seriously towards Blood Meridian for at least 5 years at this point.

Which is why, when the announcement was made that Franco would be adapting the book, with Russell Crowe and Vincent D'Onofrio starring, it seemed like such a victory.

And that's why it was so painful when, shortly after the announcement, the flim was halted by disagreements in the negotiations between the rights holders and the cast/crew.

But hey, perhaps the journey will be worth it. As McCarthy himself says in Blood Meridian:

There is no such joy in the tavern as upon the road thereto.

I'm in no hurry to see this come to the screen. It would take a beast of a director to do justice to the subject matter (I'm thinking a resurrection/amalgamation of Peckinpaw and Lean, though in the living realm, I'd far more trust Inarittu, Hillcoat, or Paul Thomas Anderson), not to mention finding someone to fill Judge Holden's boots. D'Onofrio is intriguing (assuming he was playing The Judge), but he needs a solid hand to reign in his sometimes overreach as an actor. Everything The Judge says and does is measured and very matter-of-fact, down to baby slaughter. Franco, though there's always a chance the sheer gumption of a young, inexperienced director may yield, interesting, risky results, can just as easily be shooting spit wads at a charging rhino. The fact that he describes in his synopsis of his BM reel The Judge being Glanton's "right hand" leaves a lot to be desired in terms of understanding the character. Holden is no one's right hand. Holden tags along as a kind of demonic observer--and sometimes participant--but he's his own ultimate agency. Oh, and the fact that he pushed forward without first obtaining the rights? I can wait on this.