Font Of Knowledge: The Einstein Font 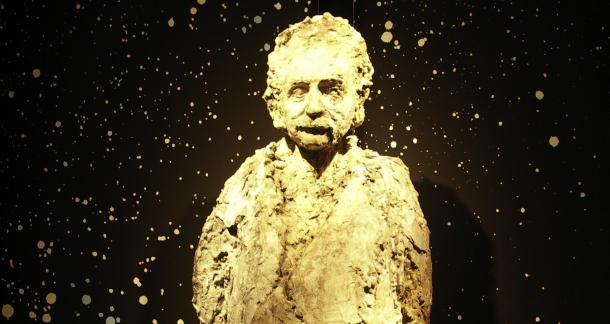 Anyone who has been accused of having "serial killer" handwriting knows the pain. You've got great ideas, but they're hidden behind a murderous veneer.

Well, be accused of murder no more! The Einstein font is here. Almost, anyway.

The Kickstarter project to create a font based on Albert Einstein's handwriting will close in 33 days, and the delivery of the font is expected in June of this year.

You might be wondering what makes this special. After all, anyone can make a font of their handwriting. Free, even.

The Einstein font is a little more responsive than a typical homebrew font. Letters change depending on which letters precede and follow. Rather than being just an "A" written the way Einstein would do it, there's an "A" for the end of a word, an "A" that follows the letter "R", and an "A" that comes before "-sshole", I assume.

The font's creator also made a Freud font, which is available online in case you want to write letters discussing the fallacy of phallic cigars.