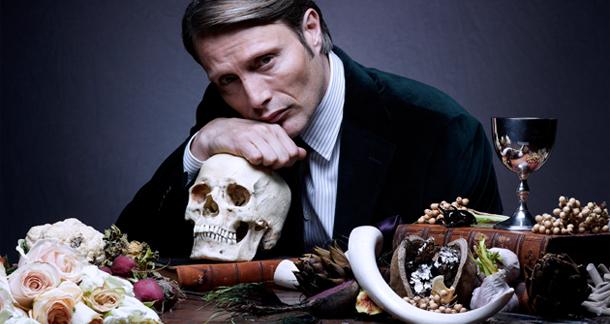 NBC seems to be the place for shows based on books. Last week, I reported on the network's upcoming adaptation of Douglas Coupland's Girlfriend in a Coma. Now comes word that Hannibal, a new series featuring America's favorite fictional serial killer/cannibal, will premiere this spring. Check out the slick new teaser trailer, courtesy of Entertainment Weekly.

Hannibal will explore events leading up to Red Dragon, the first of three novels by Thomas Harris featuring the titular character. We'll get to see Dr. Lecter prior to his imprisonment, when he worked as a psychological profiler alongside Special Agent Will Graham, the protagonist from Red Dragon. Bleeding Cool News reports that the series will eventually feature narratives taking place after The Silence of the Lambs, Hannibal and beyond, but I haven't found official confirmation of this.

Who’s excited about the return of Hannibal Lecter? Judging by the trailer, it can’t be any worse than Hannibal Rising.

I am cautiously excited. I'm not a big TV watcher so it'll have to be really good to hook me.

This sounds good. I like Mads Mikkelsen, he was one of the best recent Bond villains. Very excited to see a Will Graham origin story, more so than Dr. Lector.

Courtney from the Midwest is reading Monkey: A Journey to the West and a thousand college textbooks February 20, 2013 - 9:41pm

I'm confused -- wasn't there an absolutely terrible prequel written by Harris because the publisher basically said that he had to write it or they'd get someone else to, riddled with continuity errors? Is that what they're basing it off of, or have we all agreed to ignore it for our own sanity?