First 'Guardians of the Galaxy' Trailer Is Wonderfully Weird 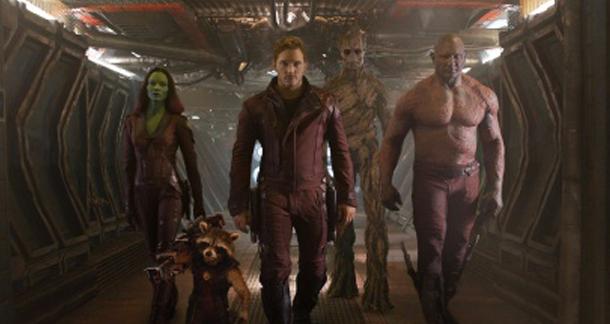 The first trailer for Marvel's Guardians of the Galaxy premiered during Jimmy Kimmel Live last night.

(I stayed awake long enough for it to hit YouTube—I have more dignity than to sit through Jimmy Kimmel Live).

And, man, it was worth going to bed a little late. This movie looks so wonderfully weird. It's Marvel's first foray into space opera, and director James Gunn seems to be having some real fun with the concept. Chris Pratt, man. Hysterical.

The trailer is light on plot, which is fine: It sets up the tone, and most importantly, the team. Important to establish, when that team features a gun-toting raccoon and a walking tree.

This is going to be a serious test of Marvel's movie brand. The Avengers and Thor 2 have done massive business, and Captain America: The Winter Solider is already generating a lot of positive buzz. Now it's time to find out if they can bust the box office with a second-string team the general public has never heard of.

Regardless, now that Marvel is committed to stretching out into new properties, they better announce a female-lead superhero movie soon. It's time. Katee Sackhoff as Ms. Marvel. Let's do this.

Joshua Chaplinsky from New York is reading a lot more during the quarantine February 19, 2014 - 10:48am

I'm not into the comic book movies, but his looks like a lot of fun.

I just hope the Wrestler has absolutely no dialogue.

My enthusiasm for this movie knows no bounds. I've been a James Gunn devotee since his Troma days and I love his absolute fearlessness in getting the imagery he wants on the screen.

Dwayne from Cincinnati, Ohio (suburbs) is reading books that rotate to often to keep this updated February 23, 2014 - 9:58am

I thought they were leaning towards a Black Widow film.