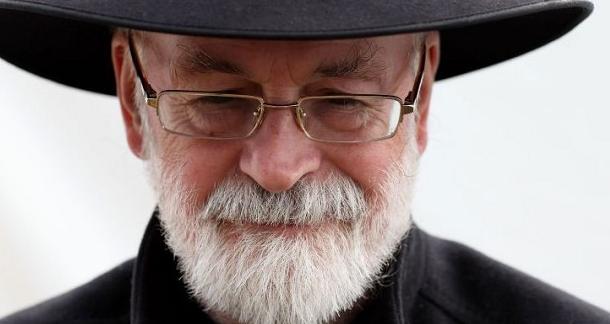 Image via The Telegraph

Change.org is a wonderful place to rally for a cause. Among the hundreds of online petitions, one can now find an appeal to immortalize the late and great Sir Terry Pratchett in stone, reports GalleyCat.

The petition was started by one of the author’s fans, Emily Brand, in hopes that the city council of Salisbury will be convinced to install a statue after Sir Terry’s likeness. Pratchett himself lived in Salisbury for over two decades. Thus far the petition has gained over 8,000 supporters, as well as endorsement from Pratchett’s family and friend Neil Gaiman.

Want to join the movement and honor an epic writer? Sign the Change.org petition now!