Facebook Says The Written Word Is Coming To An End 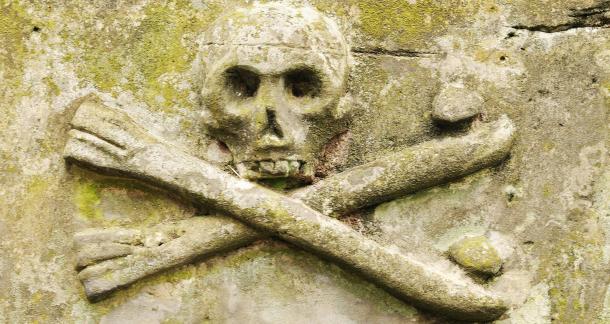 Death to the hastily-written post about a political belief, long live the hastily-shot video about a sandwich.

Facebook has long been the proving ground of social media. An early pioneer, we saw it go through growing pains, then we saw it go public and go through something that was like growing pains if being run through by a sword can be called "pains." We saw our parents and even grandparents jump on board the ship, sinking it with their dad bods and bizarre posts that seemed to consist of made-up stories that happened in line at the grocery store. And now, Nicola Mendelsohn, head of Facebook operations in Europe, the Middle East, and Africa, is predicting that the written word will no longer be used on Facebook within the next couple of years.

Facebook claims that this is a user-based trend. Cassie Werber at Quartz asked whether it's possible that Facebook's method of algorithmically promoting video over text might have something to do with this trend, and of course, Mendelsohn said no.

What say you? Would you miss the written word on Facebook? Do you think this projection is accurate?

LONG LIVE HIEROGLYPHS! HAIL EMOJIS! Death to the letter and their collusionist way of creating words. All we need are pictures, pictures of pictures, millions of pictures one after another.

I can just see it now in our schools. "What? The child can't read? Well, how about if we just show them pictures. Or better, let's just show them short clips and put them on Facebook. That way the kid can learn at their own pace and in the manner that is most comfortable for them. I mean, who are we to change who they are? If they haven't figured it out by now, maybe that's just who they are as a person and we should accept them as is. Beautiful in their difference."

Joshua Chaplinsky from New York is reading a lot more during the quarantine June 16, 2016 - 2:43pm

Tell that to the people who use Facebook at work on the DL.

I look forward to being one of the few in the future who will be able to read. I shall use this advantage to build my empire over the Wordless Damned.

Pinterest is already largely wordless. The greater question is why anyone still cares what fuckbook "I spy on you through backdoors despite privacy settings" thinks on the matter. I've completely stopped using it.

jrbeecher from Los Angeles is reading About a half dozen different books at the same time (some history, some fiction, and some journalism) June 29, 2016 - 3:42pm

Sounds like some VP of Product's 2016 top goals is to deliver a new video platform. Next steps? Enlist the marketing department to write some hyperbolic nonsense declaring your product to be the future, leverage your media contacts who smell a good ad-views/click-bait story, and the FOMO-driven masses take a deep bite of the BS pie.

For online social networking systems, yes, video is important. Good luck trying to use video to take your driving test, apply for most jobs, take out a loan, and so on with anything needing a paper trail to track who's financially or legally responsible for some risky endeavor.