Ender's Game Is Finally Coming To The Big Screen, Courtesy of The Director of "Wolverine" and the Writer of "Transformers" 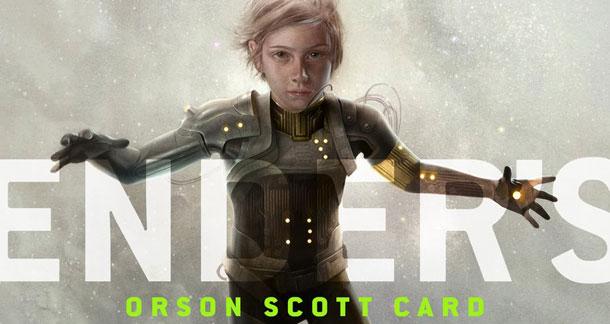 Be careful what you wish for.

Barely a month ago, LitReactor's very own Meredith Borders declared Ender's Game one of The 10 Best Sci-Fi Books That Should Be Box Office Blockbusters, and now here with are with an official release date. March 15, 2013. Exciting, huh?

The bad news is that this ship is being helmed by Gavin Hood, director of the shit-tastic X-Men Origins: Wolverine. Hood also co-wrote the screenplay, with a little help from one of the writers behind the first two Transformers movies.

But before you jump off that ledge in an attempt to re-enact zero-G training, there is this nugget of hope:

The hardest part is adapting a classic novel faithfully. And I think before, people were trying to get too clever with it and change things that didn’t need to be changed. Gavin Hood wrote an amazing script that is extremely faithful to the book, including the twists in it and the themes in it.

Oh wait, that quote came from the aforementioned co-writer (AKA Roberto Orci). So put a few grains of salt on that hope.

What does everyone think? Is Orson Scott Card rolling in his metaphorical grave? Or is he just rolling in a pile of money, with many beautiful ladies?

Meredith from Houston, Texas is reading His Dark Materials by Philip Pullman October 26, 2011 - 9:03am

Oh man, this is TRAGIC. X-Men Origins: Wolverine is one of my least favorite movies of all time, trumped only by my hatred for the Transformers movies. This does not bode well.

Joshua Chaplinsky from New York is reading a lot more during the quarantine October 26, 2011 - 9:26am

Yeah, sorry Mer Maid (can I call you Mer Maid?) Before this it was on Wolfgang Peterson's to do list, and I probably would have preferred a man of his experience and European sensibilities (even though he's basically just a Hollywood blockbuster guy now). Because no matter what, that's what this movie's gonna be. A Hollywood Blockbuster.

This is tough. Gavin Hood also wrote and directed the South African film Tsotsi which was a beautiful film and phenomenal success. Orci seemed to really know what he was doing when working on Lost. This has the potential to be a really great film. But why does it seem like the more money directors or writers have to work on a project, the worse it is? Should we pray that a big studio never gets their hands on this?

Joshua Chaplinsky from New York is reading a lot more during the quarantine October 26, 2011 - 10:05am

You can pray, but it's too late.

Was gonna mention Tsotsi. I haven't seen it, but know it was a very well received film. I think when a studio is involved and there are millions of dollars at stake, things tend to get watered down.

Perhaps all hope is not lost.  Roberto Orci also wrote the most recent Star Trek - which I was pleasantly surprised to find included a number of nuances and references from/to the original series.  One thing is for certain though with all these dudes attached: shit's gettin' blown up in this film... probably gratuitously.

My brother is going to cry when I tell him about this, and I'm going to laugh.

No, there is no hope. I'm pretty sure it's Summit Entertainment that snagged Enders Game. I believe OSC released his work to them because of their faithful adaptations of other books, such as... Twilight. Because OSC doesn't want special effects, decent camera work, or good acting. He wants the film to stay true to his writing. Summit would have offered him that.

But I can't think of a film released under Summit Entertainment that I've enjoyed.

I'm a fan who has been eagerly waiting for news on a film since I consumed the novel not too long ago, and when I first read Summit was involved, it saddened me. But I'll still go see it, and I'll even try to like it. But I hope I'm wrong and it ain't Summit that has this bun in the oven!

Joshua Chaplinsky from New York is reading a lot more during the quarantine October 26, 2011 - 2:53pm

It could be a lot worse. It could be one of the other Transformers writers, like, uh... Ehren Kruger.  Bleck! Orci, I'll give a free pass to since he wrote during Alias' first two seasons, which was some damn fine soda pop. Not that Ender's Game is a can of carbonated sugar...

In other news: Josh, I approve of your Rainier Wolfcastle nod at the end of the piece.

Joshua Chaplinsky from New York is reading a lot more during the quarantine October 26, 2011 - 9:16pm

You win the prize, Ben! Was hoping someone would catch that. You do not disappoint.