Elmore Leonard’s Final Novel to be Completed by Son 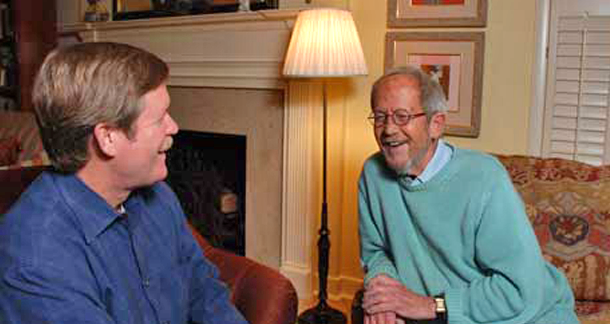 Unfinished books are a pain for both an author’s estate and his publishers. Do you publish it as it is? Do you try to get someone to finish it? Should you even bother?

Author Elmore Leonard died last week, if you hadn’t heard, and unsurprisingly, he hadn’t finished his 46th book, entitled Blue Dreams, which centered around the character from the hit series Justified.

Blue Dreams was to have featured the Stetson-wearing US marshal Raylan Givens, who has appeared in a string of Leonard's stories.

That in itself is interesting as I’m a big fan of that series — it’s captured Leonard’s gift for dialogue and characterisation, and is a great example of his work. What’s also curious is that up to now, Raylan Givens wasn't the main character in the first two books to include him, only really taking center stage in the short story, Fire in the Hole, on which the TV series Justified is based, and the “novel” Raylan, which seems to be made up of short stories, too.

Peter Leonard was interviewed on BBC’s Radio 4 on Sunday and gave a strong indication he would finish the book his father had started.

…presenter Paddy O'Connell asked Peter Leonard whether he would finish the book. "I would, I think so," he replied. "It's been discussed among family members and I've talked to Greg Sutter, Elmore's longtime researcher." Peter Leonard added that he did not know how many pages his father had written.

I don’t know Peter’s work, but a quick trawl on the interwebz suggests he’s a chip off the old block. Are incomplete works finished by other people worth the effort? The answer for me is ‘sometimes’. I suspect it’ll be a hit anyway, as it’s very likely going to be tied to the TV series at some point — and I’ll probably read it.