Elmore Leonard To Be Feted By National Book Foundation 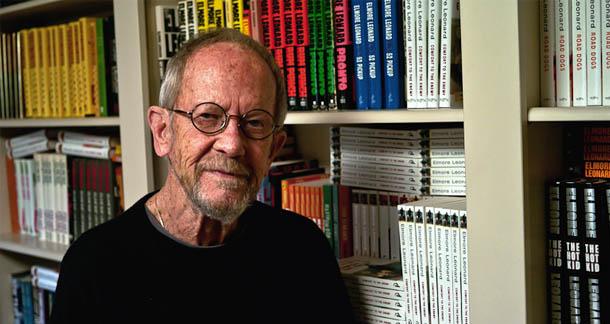 Elmore Leonard will be honored by the National Book Foundation in November--the organization will present him with a medal for distinguished contribution to American letters.

He's in good company. Previous honorees include Toni Morrison, John Updike, Gore Vidal and Norman Mailer. The medal will be presented by Martin Amis at a ceremony in New York City.

More, from The Guardian:

Leonard, 86, started his career in the 1950s, writing western stories on the side while working for an advertising agency. By the early 1960s, he had penned more than 30 stories – including 3:10 to Yuma and The Tall T – as well as five western novels, and in 1969 he turned to crime with The Big Bounce. Numerous films have been made of his stories, including Quentin Tarantino's Jackie Brown, based on his novel Rum Punch, Steven Soderbergh's Out of Sight and the film Get Shorty.

The National Book Foundation medal is not the only lifetime achievement prize to have gone to the New Orleans-born writer, who now lives in Michigan: he has received similar awards from Pen USA, the Mystery Writers of America, the Crime Writers' Association and the Western Writers of America, which presented him with a bronze buffalo for his lifetime contribution to the genre.

What do you think, Leonard fans? Deserved, right? And does this put another nail in the coffin of fiction's genre vs. literary debate?

"does this put another nail in the coffin of fiction's genre vs. literary debate?"

No. I think such a debate is ultimately about what makes fiction good or worthwhile or deserving of praise or whatever. If either literary or genre writing were always good (by whatever metric,) the G vs L debate wouldn't exist. I think criticisms about genre writing's reliance on forms and tropes are probably as accurate as a generalization can be; so are the general criticisms about literary writing's esotericism or pretentiousness or whatever. We can find examples of both being wrong, but the generalizations are based on the natures of each respective field. And, of course, there is surely some overlap between the fields (such as Leonard, it would seem.)