Elmore Leonard In Hospital After A Stroke 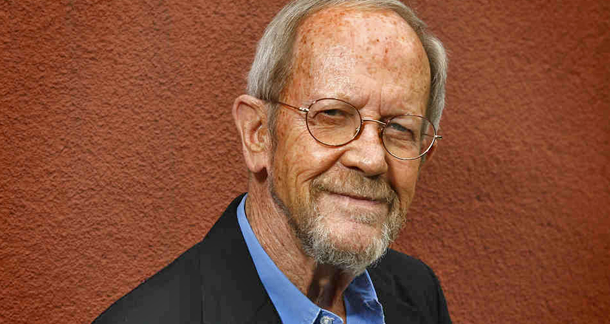 Reminders of our mortality seem to be coming thick and fast recently, what with the surprise announcement of Iain Banks’ cancer and sudden death in June. Now news from Detroit is that Elmore Leonard, the “prolific and beloved” crime and western novelist is recovering in a Detroit-area hospital after having a stroke at the end of July.

Gregg Sutter, the author's longtime researcher, confirmed Monday that Leonard, 87, suffered the stroke on July 29. Leonard is currently working on his 46th novel. 'He’s doing better every day, and the family is guardedly optimistic,' Sutter told the Detroit News. 'He’s showing great spirit. He’s a fighter, and we’re glad to see that.'

Many of Leonard’s books have been turned into movies or TV series, ranging from crime novels like Get Shorty, starring John Travolta and Danny Devito, to westerns like Hombre, with Paul Newman to the F/X series Justified, based on his novella, Fire in the Hole. The latest movie to be adapted from one of his books, The Switch, starring Tim Robbins, Jennifer Aniston, Mos Def and Isla Fisher, debuts at the Toronto International Film Festival later this month.

Leonard, now 87, moved to Detroit with his family when he was a boy; I like what he had to say about the town he grew up in.

There are cities that get by on their good looks," he famously wrote. "Detroit has to work for a living.”

We can only wish him well and hope for his speedy recovery.