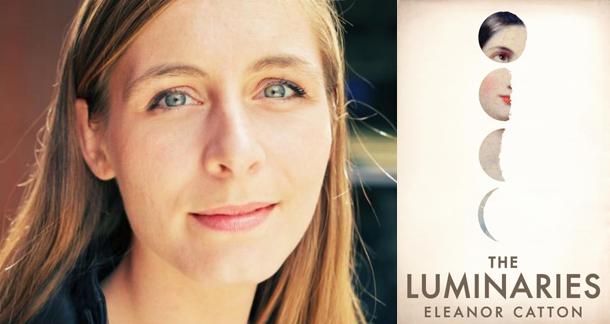 Eleanor Catton has taken the prestigious Man Booker prize for her novel The Luminaries, described by The Guardian's Mark Brown as "an epic 19th-century gold rush murder mystery."

Aside from being (we hope) a fantastic book, Catton's win is distinguishable for numerous reasons: she is the youngest recipient of the award (Catton began writing the novel at 25; she is now 28); The Luminaries is the longest novel to win (832 pages); and Catton, as a New Zealander, will be the last Commonwealth or Irish writer to bring home the glory—next year, us Yankees will also compete. On top of all that, Catton is only the second New Zealander to win (Keri Hulme won in 1985). This is also the first time a book from publisher Granta was recognized. Man, that's a lot of distinguishing features.

Chair of judges—writer and critic Robert McFarlane—admitted that The Luminaries is a hefty read, but well worth it.

We have returned to it three times. We have dug into it and the yield it has offered at each new reading has been extraordinary...You read every sentence and you are astonished by its knowledge and its poise. In a way, the winner is a classic Victorian novel with murder, red herrings, conspiracies and fallen women.

Anyone read this book? How about Catton's first novel, The Rehearsal? What do you think about her winning?