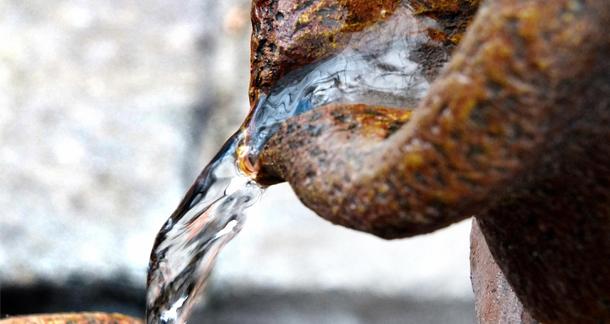 Books can do many things: Provide entertainment, improve literacy amongst the nations, weave thought-provoking narratives—and now they may be able to filter drinking water too, reports BBC News.

A book with pages that can be used to filter drinking water has been created, and has passed its first field trials in both the lab and at real world sites. The pages, which can be torn out, are made of treated paper containing nanoparticles of silver or copper that kill bacteria in the water. What’s more, the book contains information on how and why water should be filtered.

The first real world trials were conducted in South Africa, Ghana, and Bangladesh—all at contaminated water sites—and the results found the book removed over 99% of the bacteria. Directed toward communities in developing countries without access to clean drinking water, the process of use is simple: tear out a page, put it in a filter holder, pour water into it and drink the clean water that comes out the other end!

Credit for the creation of this ‘drinkable’ book goes to Dr. Teri Dankovich, a researcher at Carnegie Mellon University in Pittsburgh who spent years developing and testing the project. Dankovich has noted that around 663 million people across the globe do not possess access to clean drinking water. Her tests show promising results thus far; one page can cleanse 100 liters of water, and an entire book has the potential to cleanse a single person’s water supply for four years.

Dankovich has expressed excitement over the project’s success thus far. “There was one site where there was literally raw sewage being dumped into the stream, which had very high levels of bacteria,” she described. “But we were really impressed with the performance of the paper; it was able to kill the bacteria almost completely in those samples. And they were pretty gross to start with, so we thought—if it can do this, it can probably do a lot.”

Currently the books are made by hand, but now the researcher and her team hope to increase production of the paper and move onto the next phase of trials, which involve local residents using the filters themselves. Though the book has passed multiple tests already, Dankovich has mentioned that while the filter paper kills bacteria successfully, it isn’t yet known whether it removes other disease-causing microorganisms.

“I would want to see results for protozoa and viruses,” she has stated. “This is promising but it's not going to save the world tomorrow. They've completed an important step and there are more to go through.”

What are your thoughts on the innovative ‘drinkable’ book project?