Dr. Seuss gets his own Museum 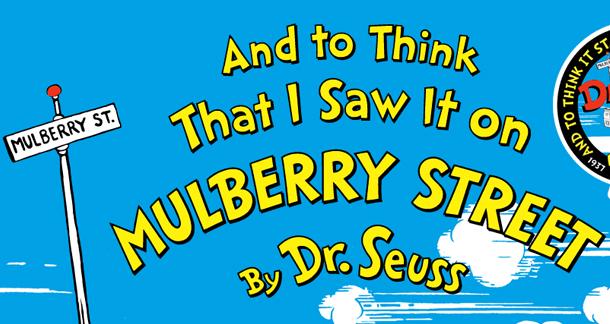 A press release from Springfield Museums has announced that The Amazing World of Dr. Seuss, an interactive and literacy-based museum, will be opened in Springfield, Massachusetts in honor of the late, great children’s author.

The location is very befitting, seeing as how Seuss (otherwise known as Ted Geisel) himself grew up in Springfield and drew much of his inspiration from his years spent there. Mulberry Street (of To Think That I Saw It On...fame) is an actual thoroughfare located near the site where the museum will be erected.

While a sculpture garden dedicated to the author already exists on the Springfield Museum's grounds, the press release states that “the creation of a new museum with literacy and reading at its core is the logical next step toward creating a more fitting tribute to Ted Geisel and his legacy.”

With an entrance themed after To Think That I Saw It On Mulberry Street, the first floor of the museum will house an exhibition focused on introducing families and children to Seuss’ many stories, promote reading, and enhance literacy skills. Other parts of the building will allow the exploration of various, replicated scenes straight from the author’s imagination, introduce his infamous array of characters, and show visitors a recreation of his studio.

A new website, seussinspringfield.org, will go live in June this year. Another statement made by Springfield Museums says the location is set to open to the public in June of 2016.

What do you think of museums promoting the fostering of literacy in children? Do you have plans for visiting the place once it opens?