Douglas Adams Doctor Who Script Will Regenerate in Book Form 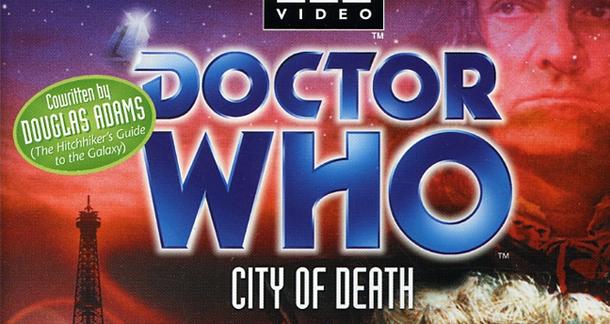 "City of Death," a Doctor Who script from 1979, will receive book treatment at the hands of author James Goss. The four-episode story was originally written by Douglas Adams, featured Tom Baker as the Time Lord, and went on to become one of the most popular serials.

Maybe it’s this fact that makes Goss so excited to convert the script to novel format. The Guardian reports Goss loved digging into the mysteries left by Adams, which happen to be plentiful. Adams banged the original script out over just one weekend, and his enthusiasm lessened toward the end of the serial, leaving scenes as vague as “people running around in Paris.” Goss, obviously, will need to flesh this out in the book version.

The plotline involves the infamous Doctor’s holiday in Paris. There he and his companion become immersed in the alien agenda of Count Scarlioni. Goss said about the piece that “it’s a book Douglas Adams was supposed to write.” He went on to add, “In the 80s, they wrote to him, and asked if he would like to write [his scripts] as novels—they even said they’d pay double. But he thanked them politely, and declined, and used his ideas in other books.”

Fans of Doctor Who need not worry about Goss’ ability to capture the tale. The author has already written two Doctor Who novels, and has worked on another project related to the show as well. The newest novel, City of Death, is set for publication on May 21st by BBC Books.

Are there any Doctor Who fans out there excited for the book’s release?