Donna Tartt's 'The Goldfinch' to be Adapted by 'Hunger Games' Producer 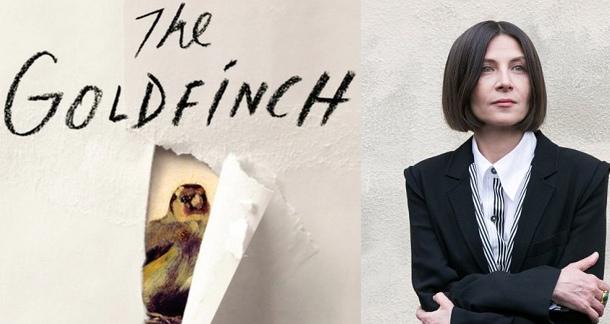 Donna Tartt's massive novel, The Goldfinch, was hailed by readers and critics alike as one of the best novels of 2013. The novel, which tells the story of a boy who is orphaned at 13 years old after his mother dies in an explosion, is going to be adapted by Hunger Games producer Nina Jacobson and her production company, Color Force.

According to an article at The Wrap, Jacobson, who has made quite a splash in the film industry by producing all four Hunger Games adaptations, as well as the impressively-earning Diary of a Wimpy Kid films, is still looking for the right filmmakers as well as the correct medium to capture Tartt's dense, complex narrative. She told The Wrap:

We are looking for the right filmmaker, and then we'll choose the right home based on that filmmaker. We've been thinking we are more likely to make a limited series for TV. There's so much scope to the book. At the same time, a filmmaker could come in with a perspective that changes our mind.

With a narrative that spans over seven hundred pages and encompasses decades of the main character's life, a single film would likely struggle to capture the literary sprawl that was accomplished in The Goldfinch, but a cable network like HBO or AMC seems like the perfect home for exploring Tartt's tragic and interesting characters.

So what do you think, would The Goldfinch be better suited for the big screen or small? Any idea who you'd like to see star as the book's main characters?

I wonder if they will split it into several films instead of trying to condense it into one film. Back when they were making the Harry Potter books into films I argued that it would have been better to do the books as a television series. Sometimes I do not agree with the way Hollywood does things. Especially when it comes to adaptations.

I think an HBO mini-series like Mildred Pierce from a few years back would do nicely.

A series is too long, a movie is too short - but, say, five episodes, which would be very easy to deliniate would do the source material justice.

I would be very excited to see it - I really enjoyed the book last year!

Technically thats what they should have done with Mary Poppins. Welp that didn't go over so well, no we have the musical. I am wondering why they don't make the TV series option more common.

Except for the problem, if picturing your characters as manga characters.