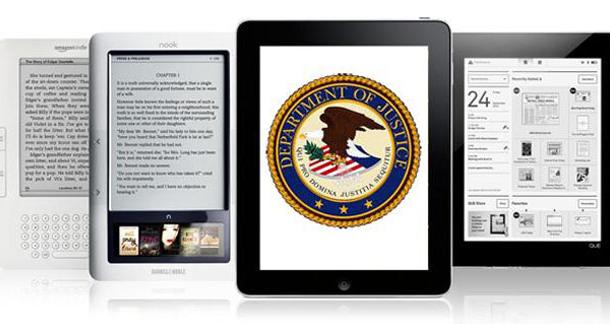 Ready for some light reading? The U.S. Department of Justice has been soliciting comments on its big eBook pricing fixing lawsuit, and the agency has issued its response to those comments--responding directly to the comments of entities like Barnes & Noble, Apple, the American Booksellers Association, and the Authors Guild.

You can check it out at this link.

It's a very interesting read, and if you have any stake or interest in publishing or eBooks, or you just want to get a sense of how these things work, I'd encourage you to check it out. The legalese isn't so dense that you can't follow it (as government responses go, this is quite clearly written).

Recap: When the iPad was released, Steve Jobs convinced five of the big six book publishers to adopt an agency pricing model for eBooks, through which the publisher determines the price, not the retailer. That way, they could adopt price points across the board and prevent Amazon from undercutting them. The problem, though, is that's at odds with antitrust laws; it prevents competition on pricing, and therefore benefits the companies, and not the consumers.

The gist of the DOJ's response is: Just because Amazon is really good at selling eBooks doesn't mean y'all can break federal law and collude on pricing. They make some pretty compelling arguments--and really smack down the arguments made by entities who wrote in favor of the agency model, like Barnes & Noble and the American Booksellers Association.

Interesting, too, that self-published authors were strongly cited in this response. Stuff like this:

Many comments from self-published authors, in particular, expressed appreciation that Amazon opened a path to publication that was immune from Publisher Defendants’ hegemony. David Gaughran, writing on behalf of 186 self-published co-signors, writes that “Amazon is creating, for the first time, real competition in publishing” by charting a “viable path” for self-published books.

Hachette Book, HarperCollins, and Simon & Schuster have settled, and will allow retailers to set the price for their books. Macmillan, Penguin and Apple have refused to settle, so this lawsuit will drag on a little longer--though this response from the DOJ is a very clear indication of where things are headed.

Good article, Rob. You maintain an artful balance of fact and opinion/interpretation. Many journalists would do well to emulate your style. And thanks for linking the response.

Class Director
Rob from New York City is reading at a fast enough pace it would be cumbersome to update this July 24, 2012 - 9:01am

Thanks! It's an interesting issue. I like writing about it. I'm glad there are people who enjoy reading about it.