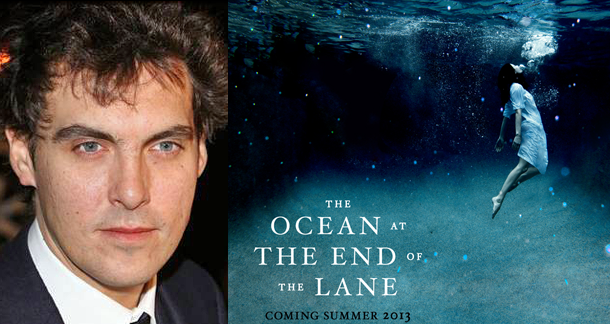 In the Fall, Neil Gaiman ‘let slip’ on Twitter that he was writing a pilot of American Gods for HBO, and then Playtone, Tom Hanks’ production company, was revealed as the force behind the project. Now Playtone’s gone one better and is looking to acquire the rights to Gaiman’s soon to be published The Ocean at the End of the Lane.

Joe Wright, continuing a string of novel adaptations— including Ian McEwan’s Atonement, Pride and Predjudice and Anna Karenina— has already been tipped to direct, with Paul Webster, his Shoebox Films partner, set to produce with Hanks and Gary Goetzman in a Playtone/Shoebox “co-production.”

Ocean… — not due out until June — like a lot of Gaiman’s previous work, is a fantasy set in the modern day about

memory and magic and survival, about the power of stories and the darkness inside each of us. The narrator describes a tale that begins when he was seven and a lodger stole the family’s car and committed suicide in it, stirring up ancient powers best left undisturbed. Creatures from beyond the world are on the loose, and it will take everything our narrator has just to stay alive: there is primal horror here, and a menace unleashed — within his family, and from the forces that have gathered to destroy it. His only defense is three women, on a ramshackle farm at the end of the lane. The youngest of them claims that her duckpond is an ocean. The oldest can remember the Big Bang.

I have to admit I’m a big Neil Gaiman fan and I’ve enjoyed the productions of his work on the big screen, regardless of their commercial or critical success; the choice of Wright looks good on paper, particularly after his direction of  “inventive modern fairy tale” Hanna. And while there’s no indication of how soon it’ll come out, I think I’ll be going to see it — what about you?