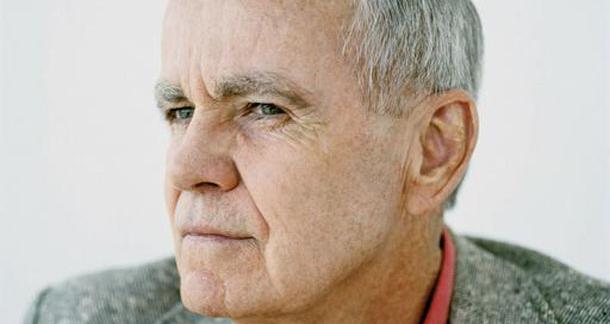 But a lot of people thought he did. Like, the nearly 3,000 people who followed @CormacCMcCarthy today, a feed dispensing bon mots like this:

An infant swimmer in the twitter ocean. Vigilant and raw and blithe.

The only person "McCarthy" followed back was Margaret Atwood, and the feed featured a series of tweets that were just weird enough that maybe--just maybe!--it was really him.

Alas, it was not.

Not to worry, @sarahw, he doesn't own a computer; we've verified the @CormacCMcCarthy handle is not the real deal.

So, there you go. Cormac McCarthy doesn't own a computer.

Such a shame though. I want to live in a world where McCarthy uses Twitter. Maybe someday...

The Thomas Pynchon one is totally real, though...