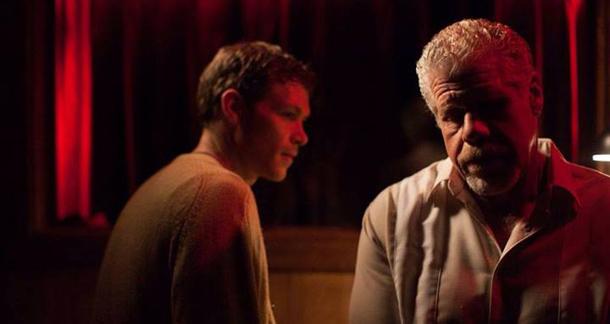 London's East End Film Festival announced that its 2014 event will kick off on Friday June 13th with the world premiere of Dermaphoria, the film adaptation of Craig Clevenger's book by the same name.

From the IMDB description:

An inspired experimental chemist, wakes up in a New Orleans jail, accused of arson that's linked to an illegal drug-manufacturing ring. Suffering from amnesia, he's unexpectedly released on bail, determined to find his missing girlfriend.

Not a Craig Clevenger fan YET? Check out his books below. Or make sure to read some of the craft pieces he's written for LitReactor.

Now that you ARE a fan, you should know it's not too late to sign up for 200-Proof Storytelling, a LitReactor class taught by Craig that's sure to take your writing to the next level.

By all means, read Mr. Clevenger's novel and his essay's. This guy can tell a story!

premiere in london? I needs to blag a ticket

Finished reading the book last week. Fantastic novel. With a cast like this, I'm hyped for the movie. Seriously, Walton Goggins is an inspired choice here.

Redd Tramp from Los Angeles, CA is reading Mongrels by SGJ; Sacred and Immoral: On the Writings of Chuck Palahniuk; The History of Sexuality by Michel Foucault June 22, 2014 - 11:42am

Oh. My. God. I literally JUST finished Dermaphoria, and my mind is reeling. Clevenger's a genius, simple as that. The movie trailer looks great, and I'm stoked enough to not care that they made it New Orleans instead of California. Just please don't change the ending!

Dermaphoria is a wonderful movie. Just now watched the full-length movie on bobby HD iOS movie App. The story and action are simply superb. Thanks for the amazing review.

Hello! I could have sworn I’ve visited this website before but after going through a few of the posts I realized it’s new to me.
Anyways, I’m definitely happy I stumbled upon it and I’ll be book-marking it and checking back often!appvn

Dermaphoria is a great movie just now finished the movie from cartoon hd apk and its seem very nice.