Depulso: The More Harry Potter You Read, The Less You Like Trump 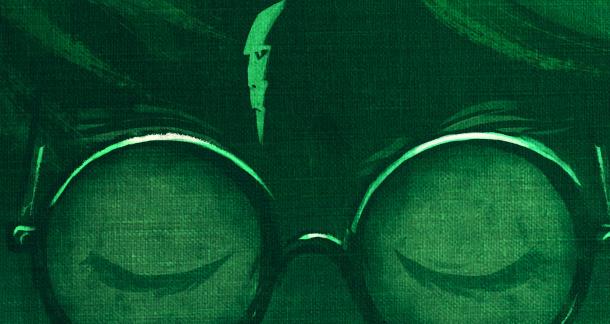 In 2014, University of Pennsylvania Professor Diana Mutz conducted a poll to find out whether there was a correlation between reading Harry Potter  and having more liberal beliefs in the United States. She used a 100-point "feeling thermometer" scale to measure respondents' feelings on different issues, and it was off to the races.

First, Mutz discovered that the more Harry Potter a person had read, the more likely they were to have warm feelings towards Muslims and gay people:

...each Potter book read raises evaluations of Muslims and homosexuals by 1-2 points on the feeling thermometer scale. This impact on tolerance is small, but statistically significant in both cases. Viewing Harry Potter movies, on the other hand, appears to influence attitudes toward gays, but not Muslims.

And in a recent version of the study, the figure of Donald Trump was discussed:

...reading Harry Potter books encourages more negative attitudes toward Trump. Each book that a person has read lowers their evaluation of Donald Trump by roughly 2-3 points. Although the size of this effect may seem small, to put it in perspective, it is on par with the impact of party identification on attitudes toward gays and Muslims. When one considers that a given respondent may have read as many as seven Harry Potter books, then the total impact on evaluations of Trump could be as much as 18 units lower on the feeling thermometer.

Are Harry Potter books the key to defeating He-Who-ALSO-Shall-Not-Be-Named? Only time will tell. In the meanwhile, what are some books that have caused noticeable political or social change? Which books have had the biggest societal impact, perhaps not in terms of art or commerce, but in changing the way we think?

I don't think harry potter novel influences in that way. It influences a fantasy life every one has in their mind keeping themself as a super hero. I have friend who gave up his assignment from college last summer and ordered those from assignmentswriting.blogspot.com  just for reading the series of Harry Potter book. Even I read it but it never influenced me in such a bad way.