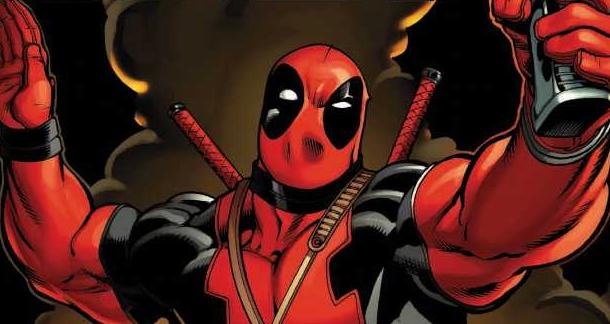 Deadpool, the merc with a mouth, is apparently too mouth-y for Chinese theaters. Or too something-y.

The Hollywood Reporter says that Chinese screenings of the upcoming film have been banned due to "violence, nudity, and graphic language."

Those who have been salivating for a Rated-R Marvel movie might be excited by this, but what does the ban really mean?

China has quickly become the second-largest market for movies in the world, and it's expected to surpass the U.S. within the next two years in terms of box office earning and number of screens.

When filmmakers, especially makers of big budget action flicks, are looking at markets, China is always an important piece of the earnings.

But showing a movie in China is not as simple as slapping on subtitles.

China doesn't have a ratings system. Instead, they've got SAPPRFT. No, not an exclamation that comes on screen in the 1960's Batman when Robin cuts a fart in the Batmobile. It's The State Administration of Press, Publication, Radio, Film and Television of the People's Republic of China.

What SAPPRFT does is to cut out anything that would be offensive to general audiences in a movie. Which could be violence or sex, but could also be anything they just don't like. A scene with hanging laundry was cut from Mission Impossible III because the government did not want to show Shanghai as being a place where people didn't have dryers. A scene from Skyfall was cut because a Chinese security guard was killed, and SAPPRFT doesn't like it when a Chinese person is portrayed as defenseless. In Iron Man 3, a nonsensical scene was inserted into the movie, a dialog between doctors, all played by Chinese movie stars.

The bottom line is, it's hard to know exactly what SAPPRFT didn't like about Deadpool. However, it's safe to say that whatever it was, there was enough of it that a coherent narrative couldn't be built around what remained of the movie after censoring. Which, to me, is a pretty good sign.

Joshua Chaplinsky from New York is reading a lot more during the quarantine January 21, 2016 - 9:16am

Community Manager
helpfulsnowman from Colorado is reading But What If We're Wrong? by Chuck Klosterman January 25, 2016 - 3:14pm

Wow. I'd like to see this in more movies. Just a weird 3 minutes that China decides to throw in there. Just turn every movie over to China before screening, ask what 3 minutes they'd like to toss in.