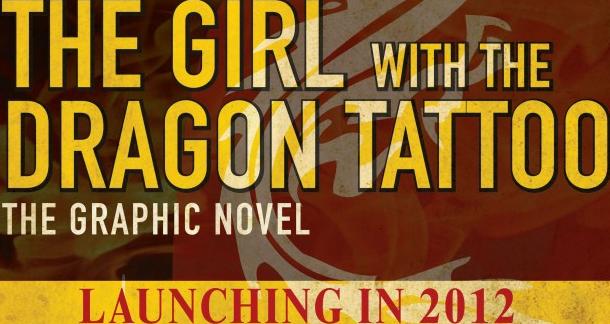 It’s a shame Stieg Larson couldn’t have been around for this.

His Millennium Trilogy was a smashing success, followed by the movie adaptations (I’m particularly excited to see the Fincher version), and now DC Entertainment has locked down the rights to turn it into a graphic novel—a series of them actually, produced by DC’s imprint, Vertigo (Sandman, 100 Bullets, Road to Perdition).

Each release will consist of two volumes, available in both digital and print formats.  So it looks like they got the right formula here.  For those of you who are no stranger to novels turned panels, Stephen King’s Dark Tower series did quite well in the comic book format.  In fact, Marvel is still milking that cow to this day.  DC might have just snagged a better piece of literary livestock.

Two things I want to say to DC/Vertigo:

Very stoked to see these novels getting the full treatment, now who’s snagging the rights to Drive?  I need more scorpion jacket!

Joshua Chaplinsky from New York is reading a lot more during the quarantine October 12, 2011 - 5:32pm

Can't wait for Fincher's take. He's the perfect person to address the flaws inherent in the novel and the original film.

I'm really excited to see that too. Looks, as usual, beautiful.

fummeltunte from Seattle is reading The Left Hand of Darkness October 13, 2011 - 1:55am

I loved the look and feel of the original flims, but as soon as I saw that Fincher was directing, I stopped worrying. Also it would be awesome if Sam Keith was involved in the comics. :D