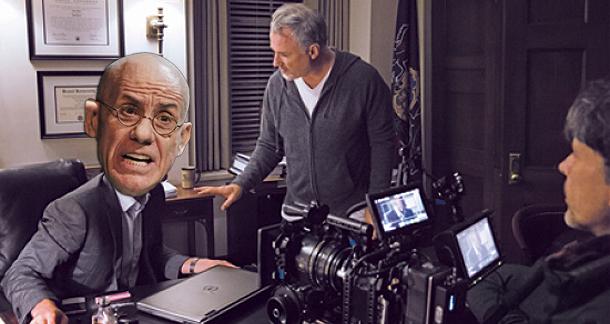 UPDATE: Deadline is reporting this is a done deal. The show is called Shakedown, and it is based on real-life cop-turned-PI Fred Otash (and is not to be confused with Ellroy's 2012 novella of the same name, also featuring Otash). Ellroy wrote the script, which was originally being developed at FX. Ellroy and Fincher are exec-producing, along with a bunch of other people you've probably never heard of. It doesn't say specifically that Fincher will direct, but come on...

Didn't get your USDA recommended daily allowance of James Ellroy today? Did you know that at one point David Fincher was attached to direct an adaptation of The Black Dahlia? (This was before the DePalma travesty.) That fell through, but lucky for us, the two titans weren't ships passing in the night—they stayed in touch. And know The Playlist is reporting they are pitching a 50s-set LA Noir to HBO. BOOSH.

I saw him at a book signing recently and he spoke a lot about Otash, I had no idea the show was about him, he didn't mention it.