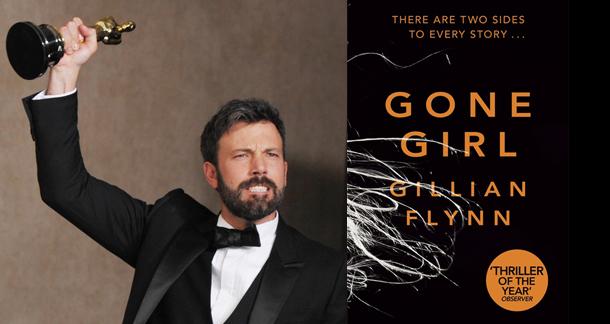 Last year's wildly popular Gone Girl, a twisty narrative about a man who becomes implicated in his wife's disappearance, will soon become a big Hollywood picture directed by none other than David Fincher, with Ben Affleck playing the aforementioned husband, Variety reports.

Technically speaking, Affleck hasn't officially signed on, but he is apparently keen on the role, even if it means pushing back his latest directorial project Live By Night, itself an adaptation of a Dennis Lehane novel. Affleck made a huge splash by successfully bringing Lehane's Gone, Baby, Gone to the screen as well.

Fincher is no stranger to movies based on books either. His last three films—The Girl with the Dragon Tattoo, The Social Network and The Curious Case of Benjamin Button—all started life as books (or short stories), and he of course brought Chuck Palahniuk's Fight Club to celluloid life.

No word on who will play the female lead, though as SlashFilm reports, many speculate that since Gone Girl will be co-produced by Reese Witherspoon, that actress may end up in the role.

Given what I know about the plot, Fincher seems like a good choice to direct, but as I haven't read Gone Girl yet, I couldn't say much about Affleck or Witherspoon (should she appear in the film). What do you think?

Both Affleck and Witherspoon would be great in the lead roles.