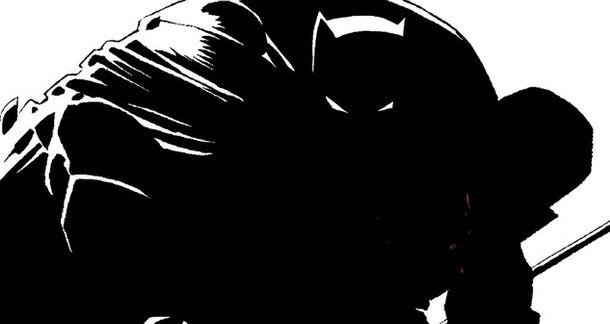 Frank Miller's Batman returned, he struck again, and now he's back for the third time. And this time...well, not much is known just yet except that it sounds a little weird.

The third entry, ominously titled The Dark Knight III: The Master Race, will be out in time to celebrate Dark Knight Returns' 30th anniversary.

No artists have been announced as of yet, although DC has announced that the project will be a collaboration between Miller and writer Brian Azzarello, who made a name for himself with the series 100 Bullets and has since become a DC staple.

It's hard to avoid the title, especially in light of the fact that Miller's works took on a decidedly political tone post 9/11. Holy Terror was a much-maligned work, and Dark Knight Strikes Again isn't a favorite amongst fans either (although there's some question about whether that has some sequel-related, unmet expectations as well). Miller also blogged about his disdain for the occupy Wall Street movement, writings which were not well-received and seemed the opposite of Dark Knight Returns' clear jabs at the Reagan administration.

Frank Miller, though far from politically-correct, has added a number of canonical titles to the world of comics. Besides the Dark Knight comics, he's well-known for the excellent Batman: Year One, to which the Christopher Nolan movies owe a lot. He also brought Marvel's Daredevil back from the brink of obscurity with his arcs "Born Again" and "The Man Without Fear." Miller is also the creator of Sin City, and he wrote a script for Robocop 2 that was "unfilmable."

If you're looking to read a couple good Miller books, my recommendations go to Batman: Year One  and Daredevil: The Man Without Fear (which also features excellent art by John Romita Jr.).

If you're looking to see where things may have gone off the deep end, check out Holy Terror and Dark Knight Strikes Again. Although they aren't personal favorites, it will be very interesting see how these books age over the next few decades.