Dahmer, Satan, And Hitler: How One Woman Was Facebook Censored 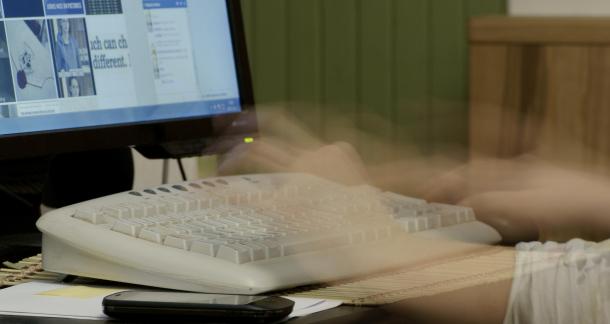 "..rambling, irrational, disturbing, bizarre." This is how a judge described the online writings of a mother known to the public as H.L.M. It seems that her writings were so problematic that a New Jersey judge ruled she no longer be allowed to post about her family online, a decision upheld by the state appellate court.

After losing custody, bipolar-diagnosed H.L.M. made an attempt to kidnap her children from her ex husband and take them to Canada in 2011. Prosecutors dropped the kidnapping charges when an agreement was reached that H.L.M. would seek treatment. However, she didn't avail herself of traditional treatment and instead went for a new, well-known form of therapy: The Facebook Rant.

Unfortunately the full text hasn't been released, however the writings referenced serial murderer Jeffrey Dahmer, Adolf Hitler, and The Book Of Revelations. Oh, and our good friend Satan.

The court order did not ban the mother from writing or from Facebook, only from posting about her family. H.L.M. violated this ban, referring to her family with the invented name "Camelot."

Anybody experienced anything ban-worthy on Facebook? Anything you wouldn't mind seeing banned? Does this sound kosher or is it censorship?

Who even uses Facebook? That's so old school. But certainly is problematic.

I use scrazzle these days.

I hate government intervention as a general rule...  But this sounds like it was more about the kidnapping attempt, and agreements reached after charges for that offense were filed, dealt with legally, etc.  So, it's not like the gov is telling the public what they can or can't write on facebook, which is good- only facebook should be allowed to do that.