'Cujo' To Be Remade Sometime This Year 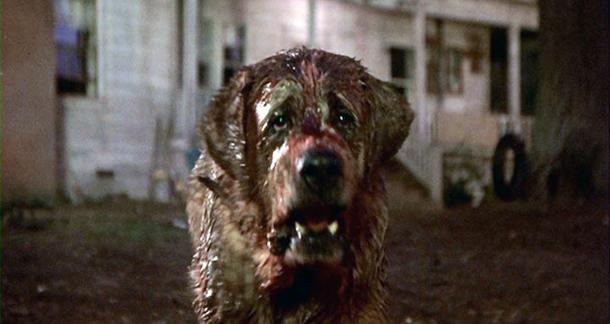 Stephen King seems to be enjoying a resurgence in popularity of late. Not that he was ever unpopular, really, but with the upcoming Carrie remake, the Under the Dome miniseries on its way, talks of a Shining prequel, and the release of his own Shining sequel, Doctor Sleep, it feels like the late 80s/early 90s, when King adaptations were everywhere.

Well, add another remake onto the pile of projects: Bloody Disgusting reports that Cujo, King's 1981 novel and subsequent film adaptation, will receive the CGI rabid dog treatment sometime this year (I'm just assuming that bit about the CGI, but I'm probably right). 2013 marks the 30th anniversary of the film.

Lang Elliot, President & CEO of Sunn Classic Pictures, Inc., the same company that produced the original 1983 film, announced the remake in a press release. Not surprisingly, the talk was less about story, more about dollars:

The 1983 version was highly successful at the worldwide box-office and, compared with today’s inflation and higher ticket prices, the box-office would be well over $225 million even without ancillary sales (i.e., DVD, cable, free television, pay-per-view, etc.).

In other words, $unn Classic Pictures wants to get real paid.

King writes at length about Cujo in his fantastic guide On Writing, revealing that he barely remembers creating the book, as he wrote it during his binge drinking and cocaine days.

Cujo is, admittedly, not my favorite novel in the King oeuvre, but I disliked the 1983 movie even more, so there is potential to improve upon both here. Yet at the same time, CGI dog. Probably bad CGI dog at that. I could be wrong, but...

On Writing: A Memoir of the Craft

Are they going to have the novel's original ending?

Are they going to have the novel's original ending?

I love King--but not even his children like Cujo. I think he even resents his drunk-addled former self that wrote it.

I barely remember the film. Never read the book. A CGI dog? Sorry, but CGI is still not up to the standard it should be. For some reason it is a bit easier to create mythical creatures that look real, but we still can't create a realistic looking dog. See the Harry Potter movies for an example of how horrible CGI dogs can look. It pissed me off that they didn't get a real dog for the few moments Sirius was in Grim form. Or at least spent a little more of that time and money in making it look slightly more realistic.

Having seen Richard Parker in Life of Pi I'd say that CGI is definitely up to the task if enough resources are devoted to it.

I think it's possible to create a realistic animal through digital effects, but whether or not the filmmakers would actually take the time to do it is another matter (or even have the budget). There was no official word on the ending, however if the point is to make money, I doubt King's ending would be used, for the same reason it wasn't used last time around: too dark.

Regarding King's opinion, he does go on to say in On Writing that he wishes he could remember writing Cujo, because he likes the end results.

Dwayne from Cincinnati, Ohio (suburbs) is reading books that rotate to often to keep this updated May 4, 2013 - 4:36pm

If they have the guts to kill the kid I think it would be interesting, but I'm expecting they'll wuss out.