Crime Author Reads on Subway, Goes Viral on Reddit (For Some Reason) 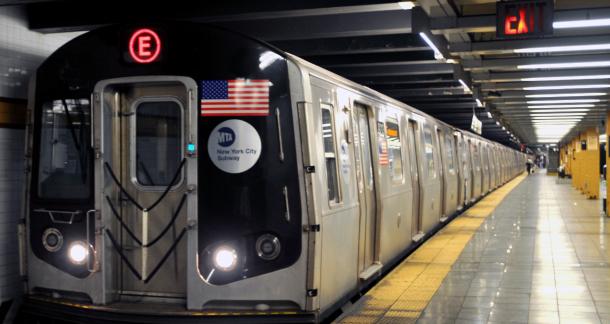 If you're on LitReactor, there's a good chance you enjoy reading. Which means it's fair to assume that you've probably taken a book with you while traveling, whether it's on an airplane or in a taxi or even the subway. For a lot of people, this is a pretty common and convenient time to sneak in a few chapters. However, for others, this simple concept is pure madness.

Which brings us to yesterday, when Reddit posted a photo of a man and his son reading together on the subway. The photo had been uploaded by some random person on imgur.com, where it's already received over a million views. 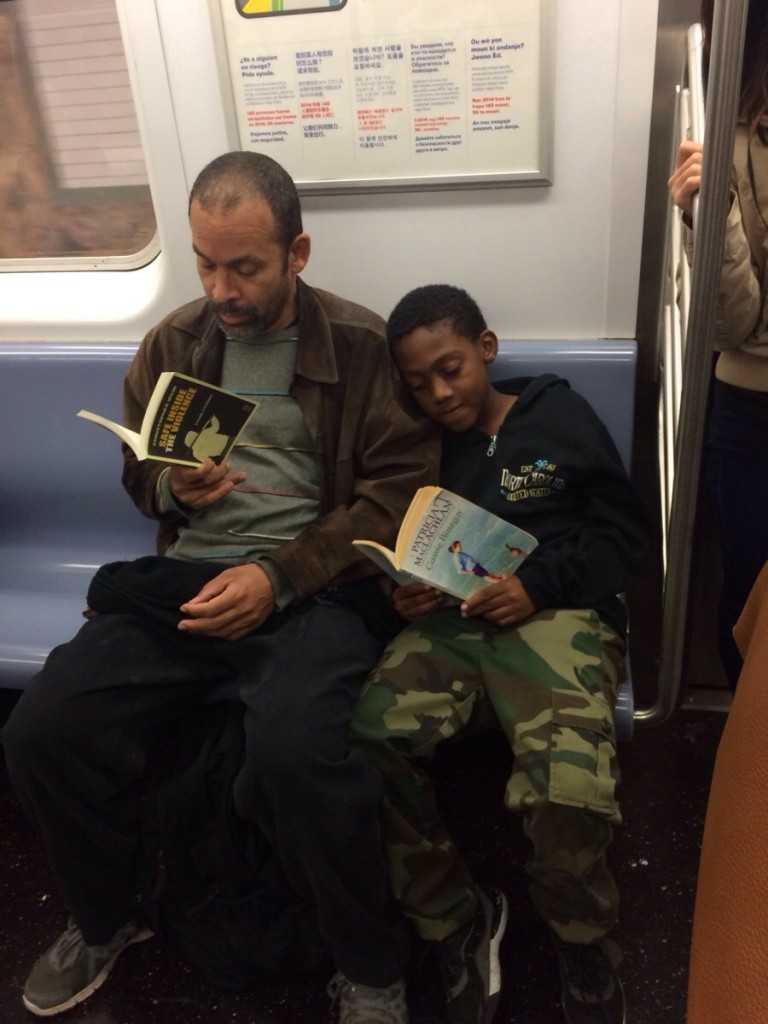 The man in the photo happened to be indie crime author, Scott Alderberg, probably best known for his kickass novella, Jungle Horses. If you haven't read it yet, now's your chance to fix your horrible past decisions. The book he's reading in the photo is an ARC of Christopher Irvin's Safe Inside the Violence, which I recommend you go pre-order after purchasing Alderberg's Jungle Horses.

Right now you may be wondering why this photo was even taken in the first place, and why in the hell did it become so popular on Reddit? Well, I like to think the reason is simple: the photographer caught a loving, sweet moment between father and son and wanted to capture and share it. Which is nice, although it would have been better if the photographer had gotten Adlerberg's permission before taking the photo. However, if you read some of the many, many comments, you'll find some alternative theories that are much nastier than what I've just presented.

I mean, come on, it's Reddit—of course a lot of the comments are going to be cruel and racist. That's why you don't read comments. Especially comments on Reddit.

In any case, this photo is undeniably adorable. Adlerberg is not only a superb author, but also an excellent father. If this weird little bit of popularity results in anything, I hope he receives a few more book sales out of it.

How much will it cost to get Scott Adlerberg to read my book on the subway?

Joshua Chaplinsky from New York is reading a lot more during the quarantine October 22, 2015 - 10:13am

Seriously, he should start a service. That is great publicity.

Send him your Kanye West book.

Joshua Chaplinsky from New York is reading a lot more during the quarantine October 23, 2015 - 6:29am

I'm just gonna start riding the subway, reading my own book, wearning a t-shirt of my own book, and see what happens.

"Excuse me ladies and gentleman, I don't mean to be a bother, but I'm a writer and my book is homeless. No one has read it for weeks. I'm just looking for some charity, anything you could read would help: a chapter, a paragraph, a sentence. I'm not out robbing or doing drugs, I just need a little help right now to get me through until Wordstock. If you could see it in your heart to give a pre-order, a blurb, or an amazon review, I'd really appreciate it. God bless and have a safe day."