Confirmed: The Skin-ny On One Harvard Library Book 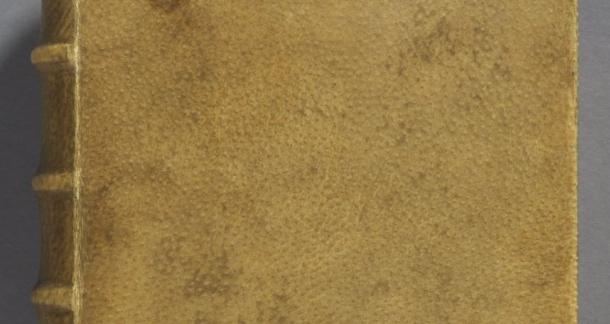 After an investigation into three Harvard library books potentially bound in human skin, it turns out that one, in fact, features a fleshy cover.

The book, author Arsène Houssaye’s Des destinées de l’ame (which Google translates to The Destiny of the Soul), was tested by a process known as peptide mass fingerprinting. It's a bit complicated, but think of it like this: when proteins are slivered down to very small pieces, they are easily distinguished from each other when compared against samples in a database. Which is how scientists proved that Des destinées de l’ame was, without a doubt, given the Leatherface treatment during binding.

According to a blog post by one scientist involved in the investigation, anthropodermic bibliopegy, the binding of books in human skin, used to be a more common occurrence:

...the binding of books in human skin has occurred at least since the 16th century. The confessions of criminals were occasionally bound in the skin of the convicted, or an individual might request to be memorialized for family or lovers in the form of a book.

Indeed, it would seem that the process wasn't shocking at the time of the book's inscription by its original owner, Dr. Ludovic Bouland:

This book is bound in human skin parchment on which no ornament has been stamped to preserve its elegance. By looking carefully you easily distinguish the pores of the skin. A book about the human soul deserved to have a human covering: I had kept this piece of human skin taken from the back of a woman. It is interesting to see the different aspects that change this skin according to the method of preparation to which it is subjected. Compare for example with the small volume I have in my library, Sever. Pinaeus de Virginitatis notis which is also bound in human skin but tanned with sumac.

Dwayne from Cincinnati, Ohio (suburbs) is reading books that rotate to often to keep this updated June 8, 2014 - 1:58am