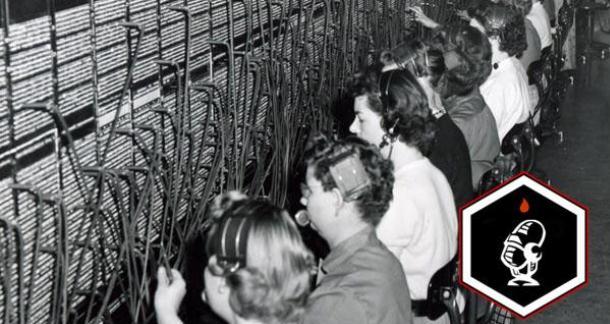 The LitReactor community has been buzzing with excitement the past few weeks and we thought it would be a good time to share in some of that.  Remember, to join in the fun you only need to register for a free account.

First up, we have a couple new entrepreneurs. Courtney Duff has opened up Parable Press and is taking submissions!  The site already has some great fiction featured, so be sure to check that out as well.  They are "an up-and-coming literary journal dedicated to the cacophony of human emotions. Give us your distraught, your divine, your delicately stable stories of what it is that makes you human."

Community member Sound has started Pantheon Press --- a place for godly good writing.  It's a prompt based quarterly mag.  Submission guidelines say he’s paying for stories and is now accepting submissions for his first two issues.

Veteran member of the community Laramore Black is also getting into the publication game with SYW! Magazine.  They are featuring some fiction, articles, and interviews, so be sure to pop in and see the excitement happening there.

The up and coming literary podcast Books and Booze is still going strong, with a new website and some amazing guests in their archives.  Some familiar names are coming up soon, including Jon Gingerich, Suzy Vitello, and Stephen Graham Jones.  Keep your eyes peeled for them and a slew of other amazing guests.

Solarcide, the awesome site run by Martin Garrity and Nathan Pettigrew, is undergoing some transformations right now.  I heard a rumor that when they go live again, they’ll have a brand new guest story, as well as information on a new paid monthly guest story slot.  Make sure and keep your eyes open for that.  Follow them on the Book of Faces!!

And the war is still raging.  By which I mean, WAR2 – LitReactor’s (Un)Official Battle Tournament.  We took a brief hiatus during the holidays so the soldiers could recharge their batteries, but now we’re back and still cranking out stories.  So far the competition has produced nearly two hundred new stories from a total of, what started at, sixty-four contestants.  And it’s still going!  We have miles to go before we crown our new War King or Queen, and lots more stories to read and write.  Participation has been outstanding and as one of the organizers, I would like to especially thank everyone for their dedication and all around coolness.

Also, don’t forget to check out the I’m Alive thread and see how everyone is doing.  It’s the official monthly meet and greet for lurkers, newcomers, regulars, and just anyone who happens to stop by.   There’s some exciting news in there this month so have a quick catch-up with your friends.

So much going on. It's going to be a good year.

This is kind of the place to be! I mean, when you're not checking out all those awesome sites...

You didn't mention the fact that I exist and write things.

Thanks for the news, Jessica! These things are always helpful for me when I'm buried and can't seem to surface for much more than the occassional Facebook update.

This just in!  JY is alive and he writes things!!

That's so awesome for SYW to be mentioned.

Also, Jessica is in no way related to our mag.

Good stuff all round!!!

Writers. Dryhumping on LitReactor since 2011.

Who said my panties were dry?

Courtney from the Midwest is reading Monkey: A Journey to the West and a thousand college textbooks January 11, 2013 - 7:25pm

Jessica really doesn't contribute to our magazine!! She just shows her love for us by whoring us out.

Fuck yeah to everything listed here. I may be out of WAR, but I'm by no means done with you fuckers. I love you all.

Jonathan Riley from Memphis, Tennessee is reading Flashover by Gordon Highland January 13, 2013 - 11:38am

I enjoyed this column Jessica, thank you for keeping us informed for all the great happenings that LitReactor has inspired. Thank you also for your outstanding job of organizing and maintaining WAR 2. We all apreciate it very much.