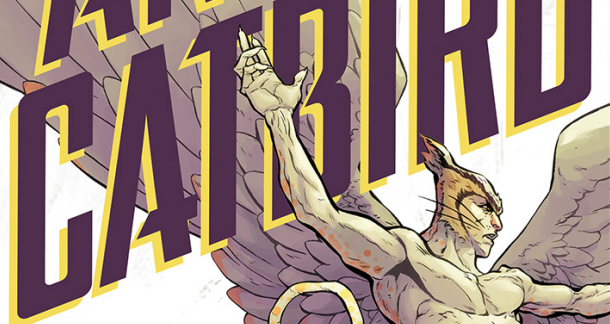 Margaret Atwood has announced that she'll be writing a three-book graphic novel, set for release in 2016.

Due to some spilled genetic Super-Splicer, our hero got tangled up with both a cat and an owl; hence his fur and feathers, and his identity problems.

Although superheroes are newer territory for Atwood, she's no stranger to comics. She has a few short comic strips up on her web site, and she did a comic strip for This Magazine under the name Bart Gerrard in the 70's.

And she's not the first novelist to take a turn at comics. Stephen King, Chuck Palahniuk, Jonathan Lethem, Michael Chabon, Harlan Ellison, Duane Swierczynski. All of them have crossed over into comics with success.