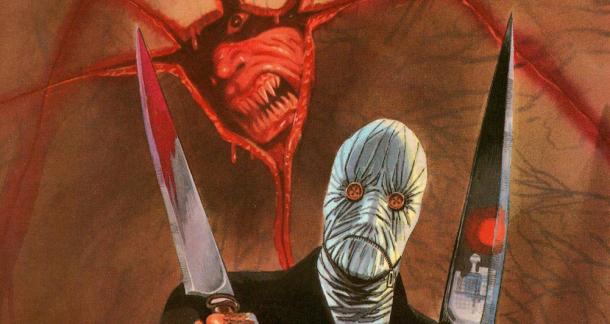 After a troubling couple of decades, Clive Barker's Nightbreed will finally get the first class treatment it deserves.

Based on the novella Cabal, the 1990 film release of Nightbreed was not a critical or commercial success, despite music from Danny Elfman and an on-screen appearance from director David Cronenberg. Barker was also reportedly unhappy with the final cut of the film, which supposedly removed much of the graphic violence.

However, the original footage was located nearly 20 years later, and a director's cut is coming on DVD and Blu-Ray this fall.

This is film history and beyond my wildest dreams of realization. When Scream Factory told me that they found the Nightbreed film footage I was gob-smacked! This is the ultimate validation of choices made by myself and Mark Miller [of Seraphim Films] all the way back in 2008. As we embarked down the road of attempting to track down the lost footage, we looked at each other and said, ‘Maybe one day they’ll find it.’ It’s my pleasure to announce that the day has come.

In addition, it was just announced that Nightbreed will be adapted for television by Morgan Creek, the original film's development company, who initially rejected the idea of a television series.

We think the fans will be very pleased. By incorporating great writing, character development, and mind-blowing practical and visual effects with a product that has achieved legendary cult status, we see a winner, especially in the absence of shows like True Blood, Fringe or even Sons of Anarchy.

What do you think? Are you a fan of the original? Looking forward to the Director's Cut? A television adaptation?

Joshua Chaplinsky from New York is reading a lot more during the quarantine July 8, 2014 - 1:46pm

I saw the "Cabal" cut, where they pieced together the missing footage with VHS copies. Glad to see they found the originals. Quality was el terrible.

I'm ashamed to admit I've never seen Nightbreed - I'm a fan of Clive Barker's books (read Galilee if you haven't already) and I loved Hellraiser, so looking forward to this one.

In the mean time, I think I'll check out Theif Of Always.

Nightbreed is one of my favorite B-flicks of all time. Also, if you want to read Barker at his vbery best - The Great and Secret Show.