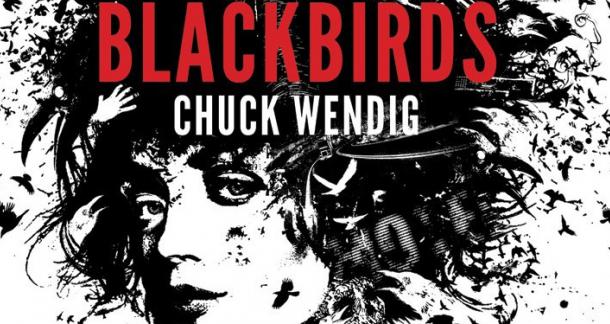 Exciting news has been announced that will thrill Chuck Wendig fans. John Shiban and David Knoller are developing Wenidg’s novel Blackbirds for the Starz network.

In an announcement on his blog, Wendig has indicated that he’s pleased so far with the faithful adaptation of the book. “No guarantee you’ll see it happen, of course, but I can tell you that what they’ve put together so far is an amazing — and appropriately faithful — adaptation of the book. They grok Miriam. Further, Starz is a helluva network. They’re a crafty, confident, and capable company,” he says. His trust in Breaking Bad co-producer Shiban and the Starz network bodes well for an adaptation true to the spirit and vision of the novel.

Blackbirds follows Miriam Black, a streetwise hitchhiker with a most eerie talent. She can tell you exactly how and when you’re going to die simply by touching you. The novel is brave and unflinching, and Miriam is a wonderfully vulgar femme fatale. Blackbirds is a crime thriller packed with unforgettable characters and action that comes at breakneck speeds.

In case you’re not familiar with Chuck Wendig, not only is he a talented author of eleven published novels who spins tales of dark intrigue, but he is also a regular blogger who regularly posts invaluable writing tips at his website Terribleminds. If you’re looking for additional inspiration for the writing life, Wendig has also published seven books packed with advice for writers in both print and eBook format. He’s known for his straightforward, no-nonsense style and scathing, acerbic wit.

I'm a recent convert to the church of Wendig. I started reading Blackbirds a few days ago and now I'm struggling not to finish it too soon.  this work is great! A real page turner that I'm trying my best to prolong. I hope the TV version is as good as the book.

One thing, and please tell me if you've noticed this, Miriam Black is an awful lot like Marla Singer. could they be long lost twins? Anyway, where can I get a Blackbirds tee shirt?