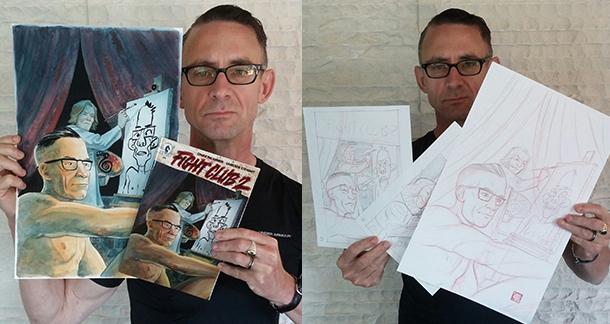 I'll make this brief. Chuck Palahniuk is auctioning off some original Fight Club 2 art (along with other goodies) to raise money to help a friend fight cancer. From Chuck's eBay auction:

The artist, Tyler Crook, who did one of my favorite FIGHT CLUB 2 variant covers, #10, announced via Facebook that his wife has cancer. So he's been forced to sell much of his original art to cover her expenses. Her prognosis is good but pricey. To help out I bought the FIGHT CLUB 2 cover and am auctioning it here, along with some extras:

All of the money from the winning bid will go to Tyler Crook.

Check out the auction and full details HERE. And if you can't bid, please help spread the word. Thanks. 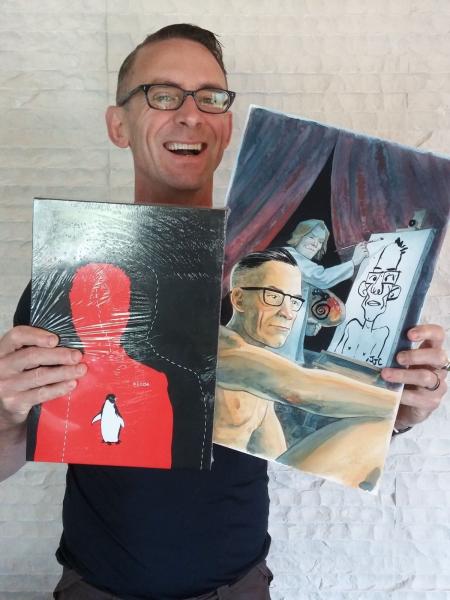