Christina Ricci Walks Away From 'Girlfriend in a Coma' 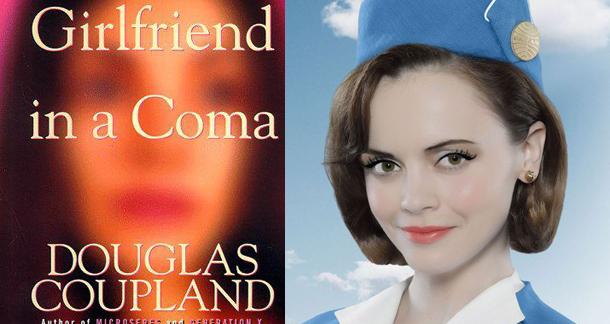 Last month, I reported that NBC had greenlit a series based on Douglas Coupland's Girlfriend in a Coma starring Christina Ricci as Karen, AKA the titular character. While the show's future appears secure, Deadline Hollywood now reports that Ricci has abandoned the project. No official reasons for her departure were given, though apparently she walked away shortly after the first table read, which could indicate a poorly-written script, or possibly just irreconcilable creative differences. Fellow cast members Daniel Stern, Ann Cusack, and Miranda Cosgrove all remain on board.

Ricci's role will undoubtedly be recast, though it remains unclear whether the show will still be filmed in New York--a stipulation of Ricci's contract--or if production will move back to L.A. We'll keep you up to date on any casting news.

For anyone unfamiliar with the source material, Girlfriend in a Coma follows the life and tribulations of Karen following a seventeen-year coma and the revelation that, while asleep, she carried to term and delivered a daughter. Coupland borrowed the title from the Smiths song of the same name.

With Ricci out, who do you think should play Karen?