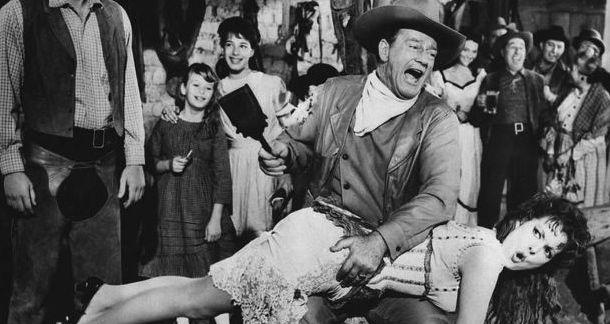 Mamas, be careful which parenting books you follow.  If the advice is over 100 pages of "beat the kid" then you might be reading To Train Up a Child, a Christian parenting book by Michael and Debi Pearl.  According to their official bio, they're touting some experience in these matters:

Michael and Debi Pearl have been married since 1971. They have 5 children and 15 grandchildren. Between them they have authored 14 books and 8 booklets which combined have sold millions. Much of what they write deals with marriage, child training, and homeschooling.

Here's where things get twisted.  There have been three deaths: one of hypothermia, one from repeated beatings, and one from suffocation. Different ages and different states in each case, however, the one common factor is that the parents were avid followers of the teachings in To Train Up a Child.  These weren't accidents, mind you.  The hypothermia victim was intentionally locked out of the house and the kid who suffocated  died at the hands of his own mother.

The book, first published in 1994, frequently cites Proverbs 13:24, which teaches that "he that spareth his rod, hateth his son."  Sounds harsh, right?  Well, this style of parenting has gotten a love it or hate it kind of feedback from customers, some of them commending the Pearls for their sound advice while others say it's child abuse. Statistically, 95% of the reviews are either five-star or one-star, so this book doesn't really have too much of a middle-ground kind of following.

In light of these deaths, Mr. Pearl stated that his spanking methods aren't meant to cause harm, and that parents should never strike their children in anger.  Critics aren't hearing it though, and they want the book off the proverbial shelves of Amazon, citing:

Such behaviour is abusive to children, and it is also 'offensive', which is contrary to Amazon's Content Guidelines.

You can check out their petition on change.org.

My first amendment devotion says, "Screw you guys. Keep the book on the shelf. If you don't want to read it, then don't."

The mom side of me is horrified.

That picture is from McClintock with John Wayne.

Whatever is missing in a parent's soul that could end with a child being left out to die in the cold is something I am fairly certain a book could neither cause nor fix.

Dwayne from Cincinnati, Ohio (suburbs) is reading books that rotate to often to keep this updated December 28, 2011 - 5:24pm

It's odd to be say this as a Christian who is in favor of corporal punishment but I think that maybe they should have read the rest of Proverbs.

Proverbs 23:13 King James Version "Withhold not correction from the child: for if thou beatest him with the rod, he shall not die."

Nothing about locking kids out in the cold till they die or cutting off air supply. In face the Old Testament is pretty big on not killing relatives.

I have to agree with Fictional Paper on this one. Don't pull the book, but maybe add a warning for the simple-minded parents out there.

As for Dwayne's comment regarding the OT not being in favour of killing relatives, I think I'll have to disagree with that one. I've read it, and there are plenty of passages which condone killing your children, wife, brother, and so on - and for some pretty lame reasons too.

The bible isn't meant to be taken so literally. It was also written in an archaic age. So there's that.

I really dont care if they leave this book on the shelf. There are plenty more like it. The authors may be complete dipshits but those parents are batshit. No book forces you to smother the life out of your own kid. I cringe for my own kids when I read stories like this.

I hate fundamental christians who take certain parts of bible soooooo literally and then disregard all the weird shit.

"He who leaveth his child out in the cold, is a heartless son of a bitch."

Again, when people are given just enough knowledge...

The iteration of rod in this context, in this form of ancient Hebrew denotes authority, like the staff or rod of a king.  He didn't beat his people with it, but by his possessing the rod, all knew he was in charge.  The rod spoken of here is not a weapon or a tool of "discipline" but the need for a parent to exercise some sort of control over their respective children.

I love (sarcasm) people who only halfway study anything, let alone something as dangerous as the  Bible.  Don't come to the table and discuss any book when you've only 1) seen a film about it, or 2) read the cliff notes version, or 3) a poorly executed translation of it.

And as has been stated here, anyone who decides to endager their child's life has really overlooked a hundred and a half other verses, not the least of which is one of my alltime favorite for the more rabid (and sadly more viewed) sects within christendom, James 2:13b: "Mercy exults triumphantly over judgment."

NotMarilyn from Twin Cities, MN is reading Mistress of Rome by Kate Quinn December 29, 2011 - 8:18am

Those "people" are the ones who lead the "popular" sects of christianity.

I take anything that is quoted from the bible with a grain of salt. The book is one giant metaphor. It's not going to mean the same thing to everyone, and it definitely shouldn't be used as evidentiary reasoning.

Saying that you "beat" your child or however you interpret the "rod" quote because the bible told you to is like saying I blew up a corporate building because Fight Club told me to.

I'm the person who initiated the petition to Amazon linked to at the end of this article. Firstly, thanks very much for the link.

I understand the concerns raised regarding censorship, but I would like to point out that the petition is not calling to 'ban' the book, but rather asking the world's biggest bookseller not to stock it on the grounds that it contravenes their policy not to carry 'offensive' material. Amazon do 'draw lines' - the petition asks them to consider drawing one here.

There is a great deal of publicity regarding this book in the light of the deaths of three children. There is evidence to support the idea that socially acceptable physical violence against children (for that is what this is), CAN and DOES lead to more extreme forms of violence and abuse.

But I also agree in some ways with those who have commented to say - it takes more than a book to cause such extreme abuse. We need to also turn our focus to the many thousands of children raised under such methods who do not come to our attention due to extreme abuse or death. They are still suffering, and will be damaged, often in ways that we cannot see or even easily measure. Hitting your children and babies under one with switches is NOT acceptable parenting behaviour, and this book being available on Amazon implies that it is.

I do hope that readers will consider adding their signature to the petition, and send out a message that they do not find this treatment of children acceptable.

Thank you all so much for discussing this important issue!

Sorry, I did try to clarify in my message Shea, that the petition is NOT calling to BAN a book!

Just to repeat what I wrote:

"I understand the concerns raised regarding censorship, but I would like to point out that the petition is not calling to 'ban' the book, but rather asking the world's biggest bookseller not to stock it on the grounds that it contravenes their policy not to carry 'offensive' material. Amazon do 'draw lines' - the petition asks them to consider drawing one here."

This is not a petition to ban this book or any other.

I think your heart is in the right place, but I worry about the slippery slope such a decision could create. I find the bible one of the most offensive and dangerous books I have ever read, and I think I could find lots of people who agree with me, but that doesn't mean it should be pulled from the shelves.

Is this 'parenting' book useless, offensive, and potentially dangerous? Maybe, but it does reflect the way some people parent their children. By putting that information into print, it brings these occurrences to the surfaces providing fuel for conversations like these. Perhaps someone who parents in this manner will hear of the controversy this book has caused and question their own parenting tactics. Isn't that at least as probably as someone killing their child because of bad advice from a book?