Chilean Court Calls for Pablo Neruda to be Exhumed For Autopsy 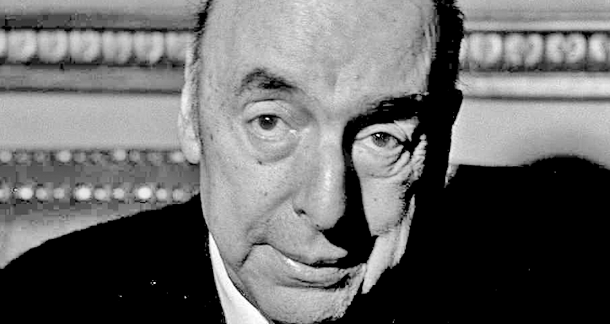 Like something out of CSI, a judge in Chile has asked for the body of Nobel Prize-winning poet Pablo Neruda to be exhumed for a new investigation into the cause of his death. Apparently enquiries began in 2011 after allegations that Neruda may have been poisoned.

Neruda died just 12 days after the 1973 military coup that killed his close friend and socialist, President Salvador Allende, and replaced him with General Augusto Pinochet. The family has always maintained that Neruda died of advanced prostate cancer in a Santiago clinic. This new enquiry began after Neruda’s former driver claimed agents had “injected the poet with poison” while he was at the clinic. And friends have also said

...the official cause of extreme malnutrition makes no sense because Neruda weighed 220 pounds (100 kilograms).

It’s possible the judge has asked for the investigation because Pinochet’s regime killed a number of prominent leftists after the coup and Neruda (a communist) was outspoken in his criticism of the coup. This isn’t the first time a death from that period has been reassessed.

While CSI shows off amazing technological advances in the field of forensics on a regular basis, experts are not expecting the autopsy to reveal the poet was poisoned due to the difficulty of determining whether he was given drugs in sufficient quantities to kill him.

Are the conspiracy theorists right? We’ll have to wait and see if anything comes of disturbing his grave for what may well end up a fruitless investigation.

More reasons not to be cremated.