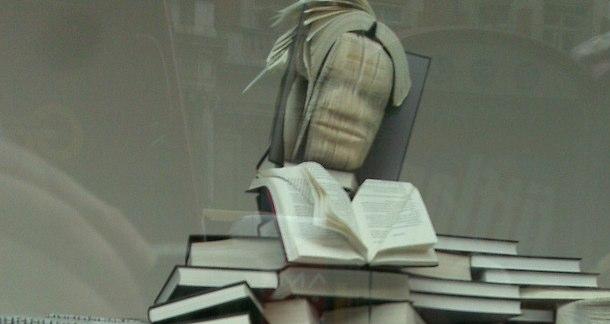 Admit it: you probably have enough esoteric knowledge about Raymond Carver, lute-making, or life as a leftie squirreled away to fill a book, right? But you're not going to write a book, because publishing can be a pain and because really, you're way better at just explaining stuff to your friends. If only there was some way to put your expertise to work....

Currently, at Utah State University, there is. And don't worry--eventually, in a town near you, there probably will be, too. They're called "human libraries," or "living libraries," which are exactly what they sound like. A volunteer-staffed room full of "human books." Because sometimes it's easier listen to a lecture than to do the research yourself.

Part of a larger project that's existed for over a decade, USU's Human Library isn't unique--the idea for these pop-up events began in Canada in 2000 as a way to educate people on new, interesting topics, and to promote ongoing dialog. Human books (read: people who know about stuff) can educate "library" patrons about topics ranging from Unitarian Universalism to being blind, to living through a mid-life crisis.

Interested in checking out a human book--or better, being a human book? Check out the schedule for where the next human library event will be.

I was really hoping this was a historic figure escort cloning service.

They just started this at the Ottawa Public Library. You can check out a stripper.