Check Out This Scene from James Franco's 'Zeroville' Adaptation 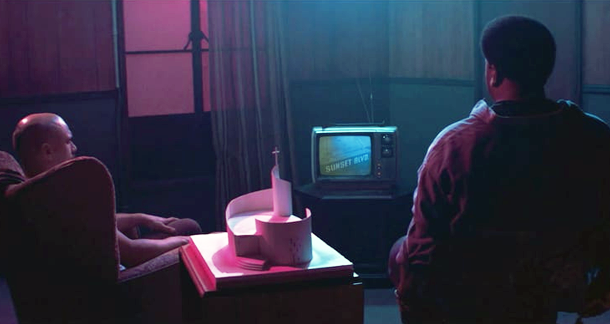 So we still don't know when the hell James Franco's adaptation of Steve Erickson's Zeroville is coming out, and the only clip we've seen thus far is this one of Will Ferrell throwing papers around that was filmed off of (what is possibly) James Franco's TV:

ZEROVILLE: working with the funniest man alive, will farrell.

A video posted by James Franco (@jamesfrancotv) on

BUT... a second clip has been floating around online since last November, a six-minute scene labeled VIKAR & THE BURGLAR. Those familiar with the novel will know exactly the scene I'm talking about. I can't say I pictured Craig Robinson as the Burglar, but... it kind of works? I dunno. Franco has populated the film with his comedian pals, including Seth Rogan, Danny McBride, and Horatio Sanz (in addition to the aforementioned Robinson and Ferrell. Also, way to spell your friends name, Franco!) and I'm not sure how I feel about it. What do you guys think? Be honest.

Oh yeah. I can't get the clip to embed, so click here. VIKAR & THE BURGLAR

And don't forget, Steve Erickson's got a new book coming out... this year?